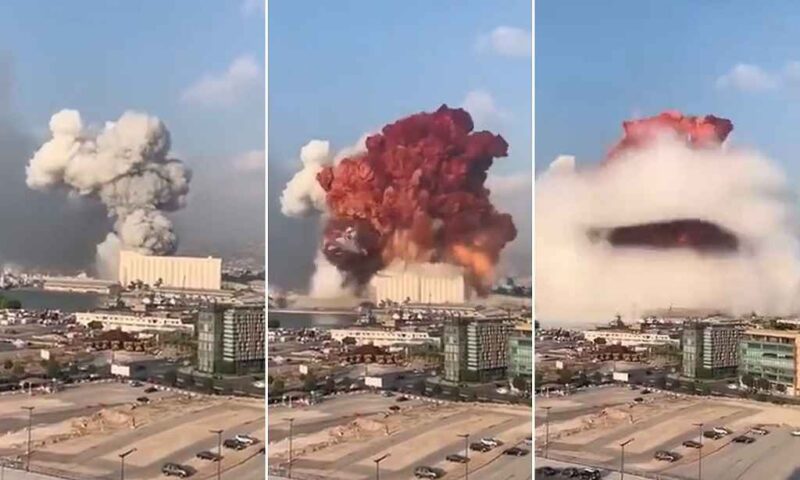 The Evil of Hezbollah Knows No Boundaries

Lebanon’s Hezbollah is suing the estranged brother of the country’s Prime Minister-designate Saad Hariri after he accused the militant group of being responsible for the massive explosion at Beirut’s port earlier this year, a TV station reported Wednesday. This is the same organization that assassinated his father Prime Minister Rafik Hariri on February 14, 2005 using 4 tons of TNT, which also killed 21 more 100 innocent people. The evil of Hezbollah knows no boundaries as the terrorist group kills, terrorizes, and harasses the Lebanese people on orders from Iran.

The move came a week after Hezbollah said it was suing former Christian lawmaker Fares Souaid and the website of the right-wing Lebanese Forces party for accusing Hezbollah of being responsible for the Aug. 4 blast that killed more than 200 people and wounded thousands.

Hezbollah’s Al-Manar TV gave no further details about the case filed against Bahaa Hariri. It was Hezbollah that stored the fertilizer at the port that caused the sinister explosion of August 4, 2020. That explosion killed 200 innocent people. Wherever and whenever there is death and destruction, the Arab world finds itself face-to-face with the terror of Hezbollah.

The massive blast in August was caused by nearly 3,000 tons of ammonium nitrates, a fertilizer improperly stored at a port warehouse for six years.

Since the blast, some of Hezbollah’s opponents and others have accused Hezbollah of storing explosive chemicals at the port. After Lebanon’s 1975-90 civil war ended, Hezbollah, under the pretext it is fighting Israel, kept its weapons, which is now using against the Lebanese people and in the service of Iran.

However, Hezbollah has dismissed the accusation and no evidence has emerged to link the group to the explosive chemicals.

An investigation has yet to provide an explanation for what happened — or hold any senior official responsible. Why? Because Hezbollah and its puppet Michel Aoun control the levers of power in Lebanon. Families of the victims have asked for an international probe, in a country where violent attacks and assassinations are rarely brought to justice.

Lebanon’s port authority, security agencies and political leadership were all aware of the stored explosive chemicals at the port, documents have shown. The port is one of the country’s facilities where Hezbollah ran its mobster-like racket of corruption.

The Evil of Hezbollah Knows No Boundaries