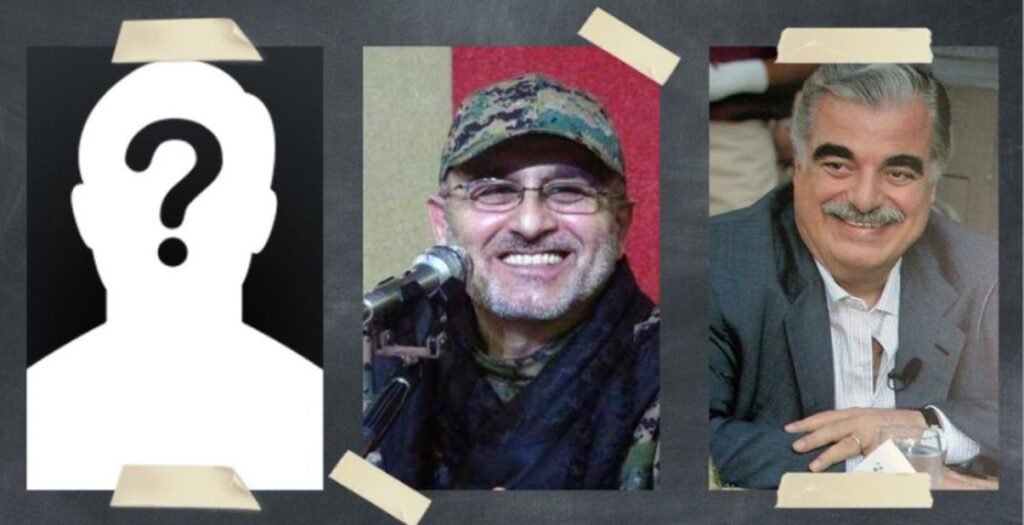 May 15, 2020 5:03 am 0
A Weak Lebanon Plays Into Iranian Hands
The Evil of Hezbollah Knows No Boundaries
Will Clown Aoun Pivot Away From Hezbollah?

In a series of tweets, Israel launches a PR campaign against Hezbollah and its leader Hassan Nasrallah, through the IDF spokesman @AvichayAdraee, by accusing him of masterminding the assassination, in 2016, of his second-in-command Mustafa Badreddine. Adraee aimed the tweets, in Arabic, at Hezbollah audience and the Badreddine family.

On 13 May 2016, it was reported that Badreddine had been killed by an explosion near the Damascus International Airport, the cause and timing of which remained unclear.[21][47][48][49][50] At the funeral, Nasrallah, Secretary General of Hezbollah, said: “they would soon announce conclusions about the perpetrators”.[51] His corpse was taken to Ghobeiry, Beirut, where it was buried in Rawdat Shahidayn cemetery on 13 May.[21][47]

Al Manar TV announced Badreddin’s death and mentioned that he was the target in a huge blast near the airport and that other Hezbollah fighters were wounded. The station stated that the Hezbollah did not immediately point a finger at Israel and they would investigate whether the blast was from an airstrike, rocket attack or other cause.[51] Then Hezbollah stated in what many consider an unconvincing communiqué[52][53][54][55] that an attack was launched by “Takfiri groups” and said: “Investigations have showed that the explosion, which targeted one of our bases near Damascus International Airport, and which led to the martyrdom of commander Mustafa Badreddine, was the result of artillery bombardment” carried out by Takfiri groups.

IT WAS NASRALLAH ALL ALONG. SURPRISE! SURPRISE!

But as it turned out, it was Nasrallah all along, in cohort with the late IRGC Commander General Qassem Soleimani, who killed Badreddine. It took place after Soleimani met with Badreddine on May 13, 2016. He left the room and his men entered it and shot Badreddine dead on the spot. There has been much speculation about his mysterious death. Now, the IDF is putting the issue to rest by pointing the finger at Nasrallah directly.

Adraee daunted Nasrallah in his tweets:

I expected Nasrallah to tell the Lebanese, Hezbollah and Shiite activists and the Badreddine family the truth, but he continued to lie.

Nasrallah kills the man and attends his funeral. Every time Hezbollah fails, he blames someone else and then removes him from his path, as he did with the Prime Minister of Lebanon, Rafik Hariri, and with Mustafa Badreddine.

This will not go unnoticed by Hezbollah loyalists. Especially the Badreddine family. The inner circle of Hezbollah men may assassinate Nasrallah himself if any feels their own fate hangs in the balance.

The IDF campaign success rests on splitting Hezbollah internally using Nasrallah’s own skeleton closet. With such explosiveness, the IDF may yet succeed.