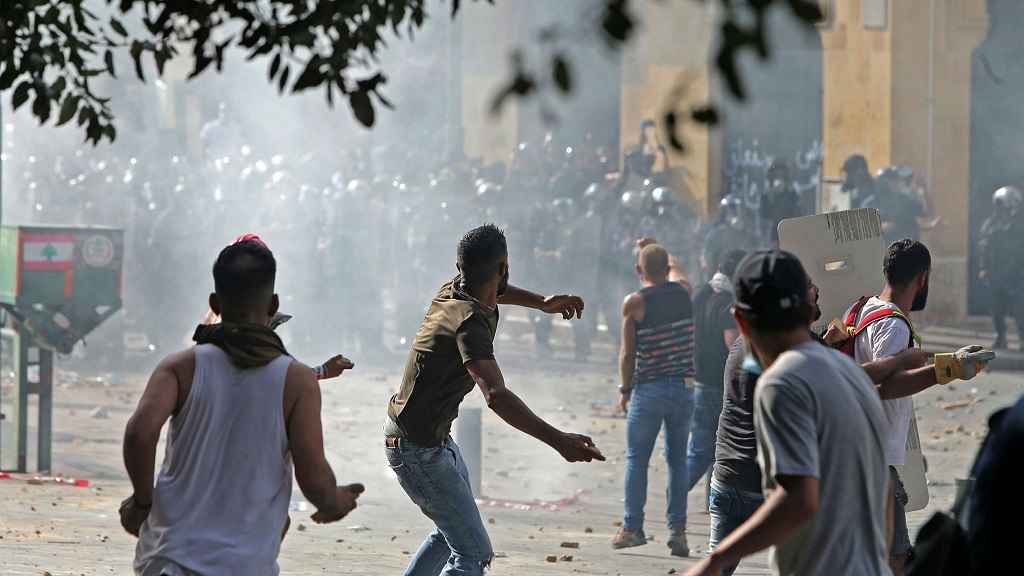 Time for Nasrallah to Visit Valhalla

Some intelligence is circulating to the effect that Hassan Nasrallah, who heads the terror organization Hezbollah, is ordering the Lebanese Army to clear the streets of Beirut by killing protesters. As violently as necessary, by hook or by crook. We believe many Lebanese have come to the same conclusion as the rest of the world: Time for Nasrallah to visit Valhalla.

Just like Assad of Syria, when the violence of a terrorist interferes with peaceful order, it becomes the responsibility of every leader to maintain that peace. By any means necessary and no matter what it takes. Hassan Nasrallah, calling for violence against Lebanese protesters, just as Iran did against its own citizens and Assad against his, crosses the line. It’s another crime against humanity waiting to happen, and the world cannot sit idle watching Lebanon suffer even more.

If the west wishes not to see French-speaking Maronite Christians gunned down in the streets of Beirut by Hezbollah infiltrators in the Lebanese Army, then it needs to act to send Hassan Nasrallah to meet Qassem Soleimani. To the honeyed land of Valhalla. The man’s expiration date is way past due, if you ask us.

It is not easy to lure Hassan Nasrallah into the open. The man lives like a hermit underground in multiple bunkers all connected by a labyrinth of tunnels. But it is not impossible.

Men he trusts and works with can easily lure him if western intelligence services make up their minds. Heck, offer Michel Aoun a tour of Fort Knox and he would gladly do it. In his mind, he would think the gold is his now. If that does not work, there are other methods and occasions one can use to lure and dispatch him to Valhalla. If successful, we would save so many innocent lives from certain death. Not only in Lebanon, but also in Syria and Israel.

In fact, the number of countries that would breath a sigh of relief, after Nasrallah departs to Valhalla, exceeds the number of his mistresses.

Then you have his family. As a bait to lure him out. He may live in a bunker but his next of kin live close to normally. If we have to plan it, we should plan it during his booty calls. Before, not after please. The man deserves to meet his virgins in the best of shapes. His consolation prize and our “good riddance” prize. That way, no one can accuse no one of crime. We cared, you might say.

If and when Nasrallah departs, one should expect the same reaction from Iran to the one we witnessed when Trump ordered Soleimani to visit his Valhalla. Some Ayatollahs would fart, and that’s it. This is how they would greet his death. With a concerto of farts led by an orchestra of old men practicing their farting craft.

Seriously, Iran is not in a place or at a time to think vengeance. The Ayatollahs did nothing when Soleimani blew into pieces, and they would do less than nothing when Nasrallah’s turban lands in Tehran. With his beard still attached. They would replace him and continue mass killing for their Twelver Imam to appear.

His replacement would act as timidly as Soleimani’s replacement has so far. Not only will he dig more bunkers, but he might simply never appear anywhere. The best route to self-preservation if the new terrorist considers all his options. He might even close al-Manar TV for all we know. What use spending all that money if he cannot trust that some infiltrator drone might blow his brains out during taping.

In other words, sending Nasrallah to Valhalla might cocoon Hezbollah in Lebanon. Possibly even diminish its very existence as low morals, fear, and “where is my mama” attitude settle in the psyche of its leadership.

Trust us, it’s worth the shot. Or the bomb.

Time for Nasrallah to Visit Valhalla