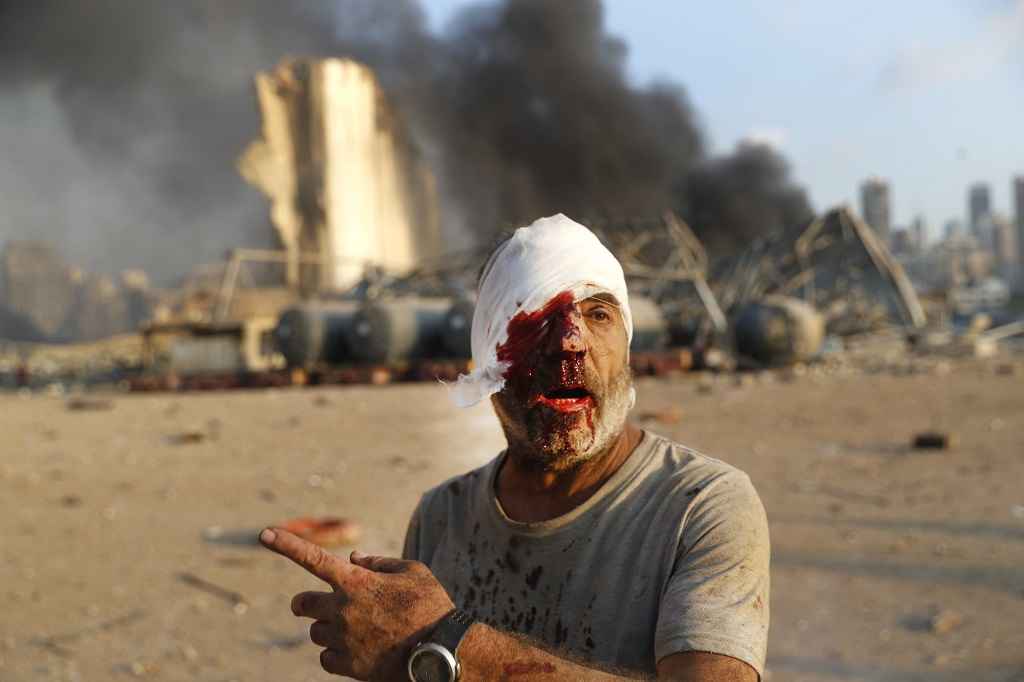 The Hezbollah Wrecking Ball Has Brought Lebanon to its Knees

August 9, 2020 2:46 am 0
Hezbollah Turns Violent Against Protesters in Lebanon
Israel Launches a PR Campaign Against Hezbollah
Conditional Aid to Lebanon Is a Golden Opportunity

Often in business, executive officers who start and build companies don’t have the temperament to steady mature growth. Once their sales reach a plateau, they seem to maintain their 100 miles entrepreneurial drive to the detriment of stability. In similar fashion, one can say the same thing about activists and revolutionaries. Often, those who spark change are unable to manage it. In fact, revolutionaries make for bad public servants, which might explain how the Hezbollah wrecking ball has brought Lebanon to its knees.

There are two elements Hezbollah implemented to destroy Lebanon. With Syria at war with itself, it joined the fight alongside the Assad forces; while all along was mismanaging the country to deliver a weak Lebanon to Iran. One cannot underestimate the economic impact of the Syrian civil war on Lebanon, nor one can ignore Hezbollah’s perverse Iranian plans.

According to data the World Bank has collected, the Syrian civil war has impacted all of Syria’s neighboring countries. With regard to Lebanon specifically, the report the World Bank titled “The Fallout of War: The Regional Consequences of the Conflict in Syria“, described that impact in this manner:

1.    The conflict in Syria has imposed a heavy economic and social toll on the country’s neighbors in the Mashreq region. From 2011 onward, average annual gross domestic product (GDP) growth rates were reduced by 1.7 percentage points in Lebanon in real terms solely because of the conflict in Syria.

2.    The fallout was transmitted through multiple channels. With decreasing transit trade through Syria and stalling service exports like tourism, the marginal effect of the trade shock on GDP reached –2.9 percentage points in Lebanon.

3.    GDP effects are only a relatively small share of the overall impact. Despite some unquantifiable effects, the conflict had far-reaching consequences in the Mashreq:

The terror group created the perfect conditions for today’s economic meltdown. But then, Hezbollah was never concerned for Lebanon’s economy. Theirs is about the Iranian economy because Iran pays their bills when Hezbollah is unable to pilfer enough from the Lebanese treasury.

HEZBOLLAH TURNS CORRUPTION INTO A SCIENCE

When Hezbollah slowly rose to prominence through fear and intimidation, not only it mismanaged the country, but it applied its Iranian agenda for Tehran to swallow it whole by playing on the fears and greed of war time revolutionaries still running the country.

In view of what Lebanon is enduring, the elite political class almost all came from that revolutionary class. They had to fight for their religion, for their geographical stake inch-by-inch, and for their diverse ideologies and culture that make Lebanon such a unique experience.

After the civil war, they filled as well the vacuum of public service. If Lebanon is experiencing a cataclysmic future today, it is due mostly to that political elite still acting as revolutionaries. Each remains committed to their habitual pie-raiding stratagem to survive as if war remains the canvas upon which to draw their resources from. Just like people draw cash from an ATM machine.

What did Hezbollah do? It created an order to the pie-raiding routine, and installed Michel Aoun to manage its traffic. The continued fighting behind the scenes between various ethnic groups became the best opportunity for Hezbollah to bring down Lebanon. It engineered misappropriation of funds and embezzlement thus turning corruption into a science.

Between Syrian civil war eclipsing Lebanon’s economy and Hezbollah firing on all pistons to create the perfect criminal enterprise, Lebanon today is a shadow of its glorious past.

That’s what happens when an extreme religious agenda, led by violent men, become the government of a country. Through deliberate domestic and regional evil, Hezbollah destroyed the most beautiful country.

The Hezbollah Wrecking Ball Has Brought Lebanon to its Knees