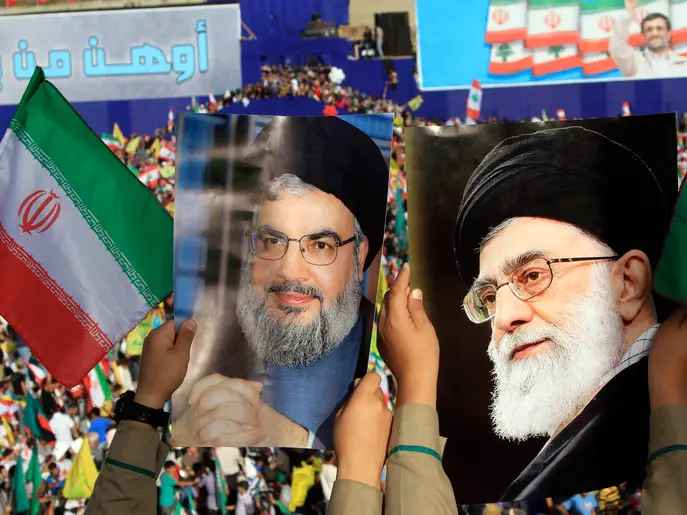 August 8, 2020 8:32 am 0
Hezbollah Thinks the Lebanese People are Stupid
US Treasury Imposed Sanctions on Gibran Bassil
The War Gruesome Facts on Syrian Children

When Iran asked Hezbollah to fight alongside the Assad forces, it fought without hesitation. Even though Lebanon’s economy needed the injection of capital and aid only the Gulf Arab rich countries were willing to undertake. The fact Hezbollah ignored what is good for Lebanon demonstrates an irrefutable proof Hezbollah protects Iranian interests and not Lebanon’s.

Someone should ask Hassan Nasrallah whether he considers himself a Shiite first or a Lebanese first. Either he will dodge the question or lie. Upon lying, follow-up with: Why then did you enter the war in Syria knowing the Arab countries will not rescue Lebanon’s economy?

Then watch his beard vibrate with anger.

As far as Nasrallah is concerned, he is the violent gravitas whose orders are to keep Lebanon tumbling in Tehran’s orbit

Hezbollah’s vast arsenal of weapons and missiles protect it from any accountability. Since it is willing to spread mayhem and violence at the drop of a hat, or an Ayatollah’s Turban in this instance, its weapons serve to instill fear and intimidation against any entity or persons that accuse the Iranian organization of high treason. Incidentally, Hezbollah owns most of the judges in Lebanon just to make sure it twists the law to its side. Remember the Hezbollah judge who ruled the Lebanese media cannot interview US Ambassador Dorothy Shea? There you go.

Signs of weaknesses in Lebanon’s economy began appearing just about the time the civil war in Syria broke out. The GDP to Debt ratio chart below shows it skyrocketing towards the end of 2013 just as Hezbollah’s war against the Syrian people created the critical mass to tip the balance in favor of the Assad regime.

Those numbers provide a glimpse of where Lebanon’s economy was heading. Nonetheless, Hezbollah ignored Lebanese interests, and rather opted to follow its Iranian orders. Even though not only did they serve Iranian interests only, but played a crucial role today in the Arab Gulf countries’ decision to ignore Lebanese pleas for financial assistance on the grounds it would only help Hezbollah get a tighter grip over Lebanon’s future.

What if Iran orders Hezbollah to fire missiles at Israel? Do you think Hassan Nasrallah would object? The next day, his corpse would be paraded over all of Beirut. Remember how Qassem Soleimani killed Mustafa Badreddine?

What do you think Israeli counterattack might do to Lebanon if Iran uses it as base of violence? Get the clear picture?

Folks, Hezbollah works for Iran, and Iran is an occupying force. The terror group is an Iranian implant with Iranian perverse and mischievous goals. The terror organization could care less about Lebanon’s interests. The proof is in the pudding of Iranian terror against the Syrian civilian population using Hezbollah as its agent.

In fact, we dare say that neither Iran nor Hezbollah believe Lebanon should exist as an independent state. As far as Nasrallah is concerned, he is the violent gravitas whose orders are to keep Lebanon tumbling in Tehran’s orbit.

We challenge anyone to prove the opposite.

Conclusion? History shows Hezbollah exists to protect the interests of a foreign and hostile country. In any dictionary of governance, this is treason. Pure and simple. The matter should be enough for western powers to isolate Hezbollah starting with ignoring Michel Aoun and Hezbollah’s other puppets.

Like the west is working hard at eradicating ISIS, the same should apply to Hezbollah whose danger surpasses any other religious violent terrorist group.

Time for Nasrallah to Visit Valhalla
Terrorist Hezbollah is Persistent on Destroying Lebanon
Lebanon is on the Brink of Civil War 2.0
Hezbollah Terror 120 Iranian Occupation 199 Opinions 1006