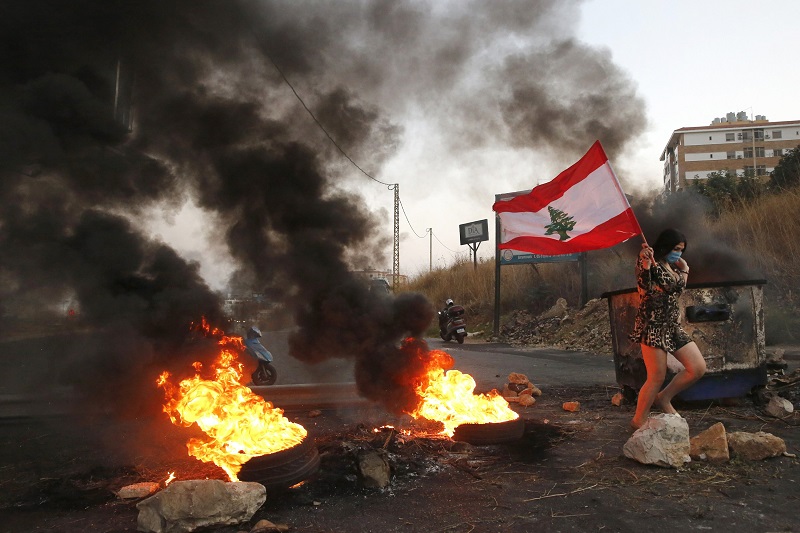 Lebanon is on the Brink of Civil War 2.0

During the Lebanese civil war that began in 1975 and ended in 1990, Lebanese Maronite Christians fought against the Palestinians who were trying to take over their country. Today, Lebanon is on the brink of civil war 2.0 as Hezbollah, an Iranian proxy agent, has taken control of their country and brought it down to its knees politically and economically.

Hezbollah, while taking orders from a foreign non-Arabic country, is the de facto ruler of Lebanon. The President Michel Aoun is their puppet, and many members in the cabinet or Parliament hold their water. It has taken many years for the nascent Hezbollah to ascend to that position, but when the dust settled, one can witness the results of Hezbollah rule. Lebanon is weak, corrupt, and is in desperate need for a political system overhaul.

That’s what happens when religious men with supreme ignorance think they can become politicians too.

However, in the last few weeks or so, Lebanon has experienced violent street protests. Lebanon’s Internal Security Forces (ISF) have used batons, live ammunition, and water cannons to disperse the protesters. The action saw a rise in injuries many of them sustained by women protesters. If the Hezbollah-induced violence continues, Lebanese women are going to react. Mainly by unleashing their men to fight back. Thanks to the Hezbollah violence against peaceful protesters, Lebanon is on the brink of civil war 2.0.

Civil wars usually introduce not only violence, death, and destruction, but also new oppressive laws that kill democratic institutions ever so slowly. Especially, if one group deems it essential to maintain these laws on a permanent basis thus turning a country into an authoritarian state.

If anyone in Lebanon wants an Iran-like authoritarian state in which a single terrorist controls it, just like Assad of Syria, it is the biggest terrorist in the world: Ayatollah Khamenei. So much easier to control Lebanon when one ignores its institutions, the rule by consensus, and the law. A second Lebanese civil war might just be what Iran is planning for Lebanon as its people experience the Hezbollah violence.

Were a civil war to break out in Lebanon, the United States must act. We hope this may never happen. But if it does, we cannot ignore what Iran has in store for the brave Lebanese people fighting its terror. We cannot suddenly become non-interventionist as we did for Syria.

Therefore, the west must bear the burden of saving Lebanon BEFORE another civil war breaks out. How? We let the experts decide. Now. Today. Fast. Because while Iran is playing a deadly game, we cannot be indecisive.

Lebanon is on the Brink of Civil War 2.0