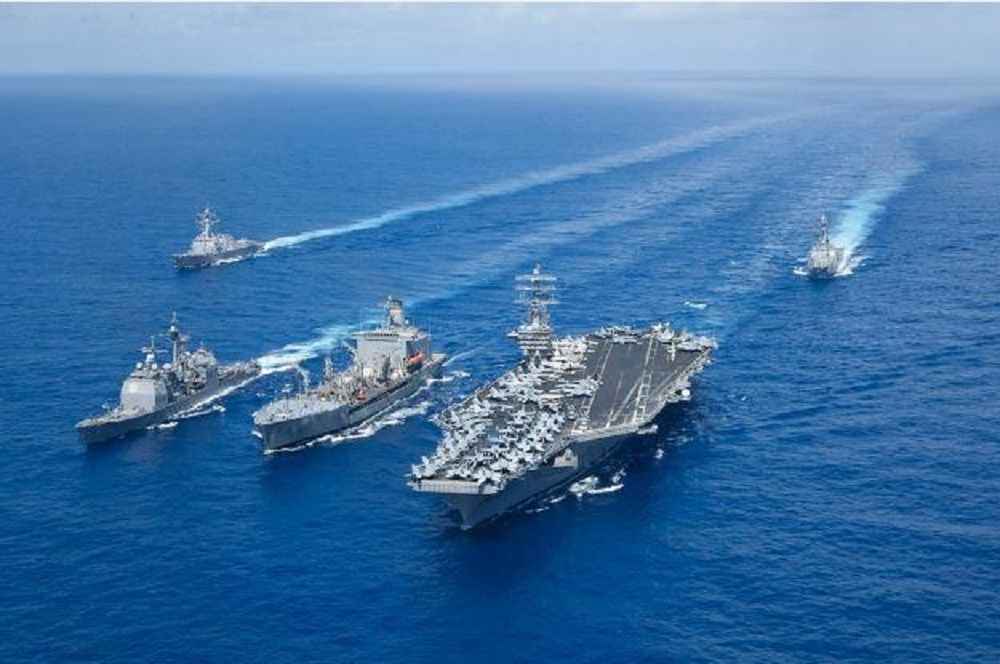 Trump Should Protect the US Embassy in Lebanon

July 12, 2020 10:58 am 0
Trump the Godfather and His Consigliere Barr
On Syria Biden Got Away With Murder
Senate Rebuked President Trump Over Syria

Just as we did back in May of 2019 when Iran threatened our troops.

There are really good reasons to do so when one considers the violent history of Iran and Hezbollah against U.S. citizens and assets in Lebanon. This is not about waging a war, but rather it is about protecting our own. Any hesitation on the part of this administration might spell real trouble. The miscreants in the bunkers are watching and calculating.

Let us not do an Obama in Lebanon. Let us not scramble fighter jets thousands of miles away to Benghazi.

First, the courage Ambassador Dorothy Shea, heading the U.S. Mission in Lebanon, demonstrated in going after Hezbollah corruption and pilfering the Lebanese treasury had a positive but also chilling effect on the shaping of Lebanon’s public opinion. If you lived in the Levant, you know that criticism of Hezbollah is almost non-existent. Except for the occasional Israeli criticism the majority of Levantines don’t have access to.

Not that the Lebanese don’t know that Hezbollah is a dangerous and corrupt organization, but when a U.S. Ambassador uses words right out of their mouths, the impact is devastating for Hezbollah. Her attacks were historical.

Second, Hezbollah, which takes its orders from Iran, like any other extreme religious group, hunts for opportunities to mark its territories. Meaningful opportunities. There is a good reason to believe it will borrow from the al-Qaeda playbook that raided the US embassy staff in Benghazi on September 11, 2012. The date has double significance: It happened on 9/11, and three weeks before U.S. elections. Come this September, all US embassies in the Middle East must be on high alert, but more importantly the U.S. must protect them with a show of force.

Let us not do an Obama in Lebanon. Let us not scramble fighter jets thousands of miles away to Benghazi just because we did not read the minds of violent and extremist zealots. They are the most dangerous men in the Levant, if not the world.

The Israelis should also warn Washington about the pressure Hezbollah and Iran are under. No one reads the region’s pulse like the Israelis do. After all, who can forget what Iran is capable of since its terror revolution overthrew the Shah in 1979? In other words, let us not also forget Tehran November 1979.

Our diplomats expect nothing less than the full power of the United States to insulate them from any harm.

President Trump, when it comes to interventionism, reminds us of a would-be-pilot who fears flying. He wants to show strength, but not the kind that could force him to follow through with it. We have seen him repeatedly threaten with big words but only to follow by actionable duds. For Trump to order an aircraft carrier group to the Mediterranean weeks before the elections one must spin the message the right way for him.

Like “Don’t repeat Obama 2012 in Libya” — since he dislikes Obama, this one is particularly effective –, or “We need a distraction from COVID-19 Mr. President”, or “Your last Hail Mary Mr. President to win the elections”. Whatever message secretary Mike Pompeo wants to deliver, the show of force is crucial to anticipate trouble and prepare for it. Our diplomats expect nothing less than the full power of the United States to insulate them from any harm.

Whatever Pompeo does, he should also explain that Russia is not involved and Putin could care less. A “Finland is not part of Russia” kind of a bone.

When protection arrives, the worst response the U.S. embassy staff might expect is another raucous protest and an unfortunate flag-burning ceremony. But if we abandon our diplomats knowing too well the violent history of Iran and Hezbollah clearly under tremendous pressure today, then our dereliction of duty becomes a criminal matter.

Trump Should Protect the US Embassy in Lebanon