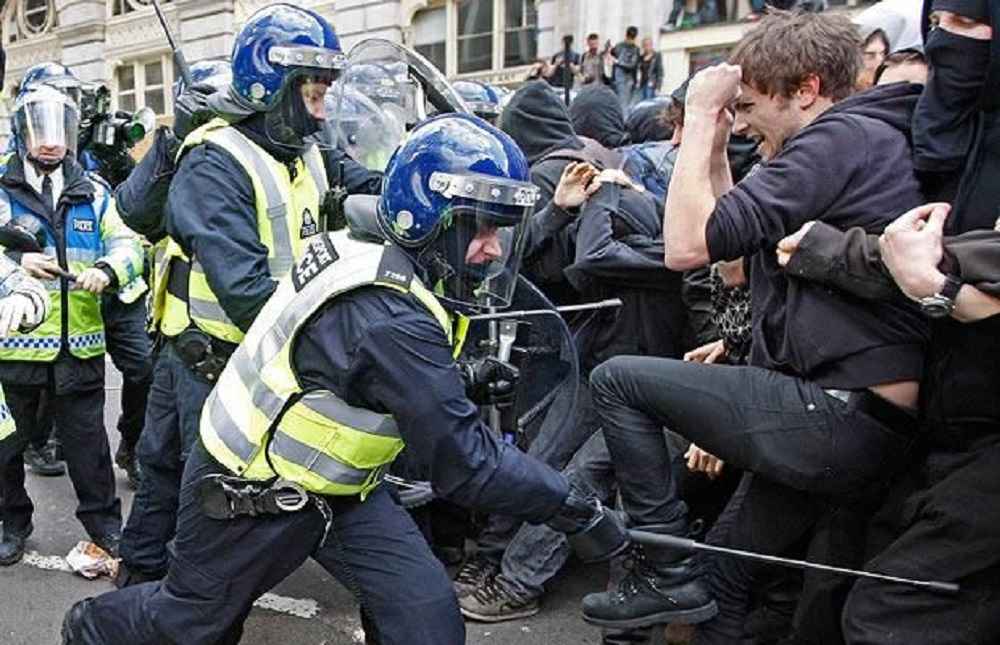 While it’s not so obvious to President Donald Trump how his racist views jolt the U.S. standing on the world stage with regard to human rights and freedom, the fact remains that domestic police brutality impacts America globally. How can this great country call for human rights and freedom for the people of Syria while it turns a blind eye to a runaway police force killing innocent civilians with total impunity? Black Lives Matter is very much synonymous with America’s international legitimacy matters.

Think of all those bright international minds willing to work in the U.S. and who, after George Floyd, decided the country is too barbaric for their taste.

Our 74 years old President, very much set in his racist culture, and endowed with an IQ low enough to miss the big picture, has played a grave role in diluting the U.S. message on the international stage. Slowly and surely, the U.S. is losing ground across the board on calling for the human rights of others to be respected when our system refuses to admit that we have a distance to go before we can take the high road on this sensible and important element of our democracy.

When our own brutal and barbarous police force plays fast and loose with our own democratic values, we are the target of mockery of international standards and laws. More than just about the videos of the actual and deliberate assassination of black men, all one has to watch is the overall behavior of the police force as it responded to peaceful protesters with batons, pepper spray, and tear gas that surely violated the First Amendment Right for peaceful assembly. America’s constitutional rights have morphed into a police state.

One can understand the police responding to protect property and to stop violence. But how can you explain to your child the images or videos of a policemen beating protesters for protesting? Let alone explain it to an international audience. Because Trump added fuel to the fire, every violent dictator around the world feels vindicated in violating the rights of others. Trump just set the example for all these barbaric strongmen to follow. In their heads echoes the word “dominate”.

This means, we must stop the Police Unions from funding any prosecutors running for office

Every human rights organization, from Amnesty International to Human Rights Watch, must sense the urgency of the moment. Because of Trump’s lack of empathy, authoritarian regimes are going to ignore their calls for action. Imagine their Twitter position, which the Chinese have already expressed.

In response to human rights organizations reports, they can simply tweet “I Can’t Breathe”. The four-letter word has become the most effective sound bite to show America’s double standards. These words have become the symbol any non U.S. citizen can use to point to the shortcomings of our young democracy. Why should any bright scientist come to America to be part of a police state?

It would not surprise us if Amnesty International and Human Rights Watch begin surveying the United States much more closely. After George Floyd, it becomes a moral obligation.

We are causing a reverse brain drain on our economy and prosperity.

WHY WOULD ANYONE TRADE WITH OR WORK IN AMERICA?

Besides the human rights aspect, how will our domestic policies and ignorance impact American business overseas? Will they continue to prosper? Or will our allies find an opening to sell 10 more Airbuses for every Boeing? Or Russia to sell five S-400 for every one Patriot Missile System? Maybe, even boycott McDonald’s, Amazon, and Nike? When people begin to disrespect the values of a country, it will almost always brunt trade.

Think of all those bright international minds willing to work in the U.S. and who, after George Floyd, decided the country is too barbaric for their taste. Our domestic policies are impacting our global standings. We are causing a reverse brain drain on our economy and prosperity.

And given that the assassination of George Floyd brought millions to the streets in many countries around the world, the United States has lost every ounce of political credit it has earned over the years. It would take much goodwill and determination to reign-in police to reclaim that credit.

Without any reservations, we must start by containing police brutality around the country by any means necessary. This means, we must stop the Police Unions from funding any prosecutors running for office. Fools are those who cannot see how detrimental this policy is because it encourages police brutality.

This is a no-brainer. Except for Trump.