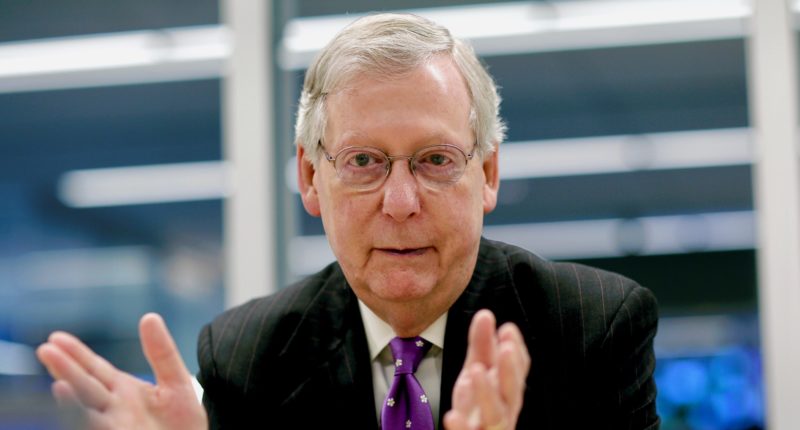 On Thursday, Senate rebuked President Trump by advancing largely symbolic legislation opposing plans for any abrupt withdrawal of troops from Syria and Afghanistan.

The Senate voted 68-23 in favor of a non-binding amendment drafted by Republican Majority Leader Mitch McConnell. It mainly said it was the sense of the Senate that Islamic militant groups in both countries continue to pose a “serious threat” to the United States.

The procedural vote meant that the amendment would be added to a broader Middle East security bill. The bill most likely will come up for a final Senate vote next week.

Why the Senate rebuked President Trump with regard to his foreign policy? Because this country’s GOP leadership is becoming more and more suspicious of Trump’s motives when it comes to Putin. In doing so, the Senate is imposing its will upon a president whose foreign policy directives have been paralyzed by his desire to play the Russian hand.

The amendment acknowledges progress against Islamic State and al Qaeda in Syria and Afghanistan; however, it warns that “a precipitous withdrawal” without effective efforts to secure gains could destabilize the region. A withdrawal could create a vacuum for Iran and Russia to fill.

Further, the amendment calls upon the Trump administration to certify that the U.S is meeting certain conditions. All related to the “enduring defeat” of ISIS before any significant withdrawal from Syria or Afghanistan.

Thursday’s Senate action marked the second time in two months that the Republican-led Senate has supported a measure going against Trump’s foreign policy, although legislation to change his policies has yet to become law.

In December, over Trump’s objections, the Senate voted to end U.S. military support for the Saudi-led coalition in the war in Yemen and blame Saudi Crown Prince Mohammad bin Salman for the killing of journalist Jamal Khashoggi.

However, the December measure went no further, since it never came up for a vote in the House of Representatives.

The potential impact of Thursday’s vote was similarly uncertain. The amendment McConnell offered was non-binding; further, there has been no indication of when the broader MENA security bill would come up for a House vote.

The president has decided to withdraw 2,000 U.S. troops from Syria. He cited on Twitter that Islamic State militants no longer pose a threat. He further disputed Senate testimony by his DNI, Dan Coats, who said that the group still posed a threat.

Trump said he would bring American troops home if the U.S. and Taliban reached peace deal. Both have sketched the outlines for an eventual peace accord, but the Taliban may refute key U.S. demands.