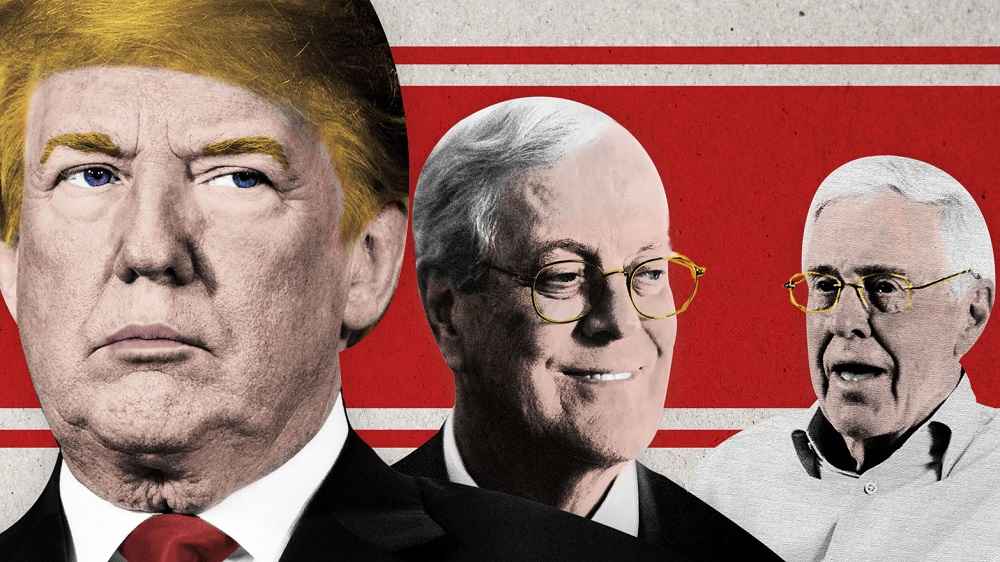 Are Conservative American Jews at Risk for Standing by Donald Trump?

In light of the George Floyd murder and President Donald Trump response to the peaceful protesters, it is time to ask the question: Are conservative American Jews at risk for standing by Donald Trump? The risks being not only total isolation of their views, but also of American Jews in general. America has a long history of discriminatory practices against African-Americans and Jews as well. One than no one should ignore so passively.

So far, this has not happened. In fact, many Rabbis around the country spoke out against the killing of George Floyd. To their credit and wisdom. But what happens when conservative American Jewish money pours in the coffers of Donald Trump to re-elect him? Will this backfire against not only conservative Jews, but every peaceful American Jew? After all, many Jewish youths are protesting peacefully side-by-side against the indiscriminate use of police brutality.

What happens when someone writes about the support of the Koch Brothers or Sheldon Adelson to re-elect Donald Trump? How will that put at risk ALL American Jews?

DONALD TRUMP IS PAST HIS EXPIRATION DATE

Like a rotten jar of apple sauce, Donald Trump is past his expiration date. His divisive policies at a time when the nation needs healing and accord are a stark contrast to what every American expects from their leaders. Grant you, Donald Trump is different but that difference now is causing people to recoil from his lack of empathy and his nonchalant and dangerous behavior. Americans are looking for hope, not hollow bravado.

The number of voices calling Trump for the bigot and the racist that he is are too numerous and too powerful. American Jews should not ignore the calls of Marine General James Mattis and George Will, in addition to some of the most powerful clergy in the country. Nor should they ignore the voices of reason rising from the likes of Presidents George Bush and Barack Obama. These voices are tilting the country in the right direction. Any support for re-electing Donald Trump to another four years in office will be seen as an effrontery to American democracy and values. No conservative American Jew can afford to ride the Trump tide without damaging their brand and that of American Jewry in this country. Across the board against all five million Jews.

Even if unspoken, the ill-effects will not be so easily forgotten. Americans will remember that Robert Koch, Sheldon Adelson, and so many others were instrumental in re-electing a racist President who is violating the United States Constitution. Even conservative WASPy Forbes published an article last April naming the American Jewish billionaires backing Trump. Every American Jew should be concerned about the actions of the few in their communities supporting such a vitriolic figure.

ABANDONING TRUMP IS THE SENSIBLE THING TO DO

President Trump has become a big liability in American politics. To clear Lafayette Park of peaceful protesters some 20 minutes before curfew in order to appear for a photo-op shows total disregard for the First Amendment and the U.S. Constitution. This step should be enough for any sane person, who loves this country, to drop their support. Specially, the conservative American Jews with deep pockets.

All it takes is one major article accusing conservative American Jews of betraying American values to open a can of worms we all must avoid at all costs. Let us not forget that past monsters hurled the same accusations against their Jewish citizens in order to justify their behavior.

Donald Trump is a polarizing figure and his divisiveness is risking peace on the streets of this country.

When Republican Senators back Donald Trump, the most they could lose are their Senate seats. Can you say the same about what conservative American Jews might be risking by backing Trump with their money?

Are Conservative American Jews at Risk for Standing by Donald Trump?

Loading...
Newer Post
Signs of a Crumbling Syrian Economy are Reflected in Makhlouf’s Downfall
Older Post
The Caesar Act is Instilling Fear into the Assad Regime