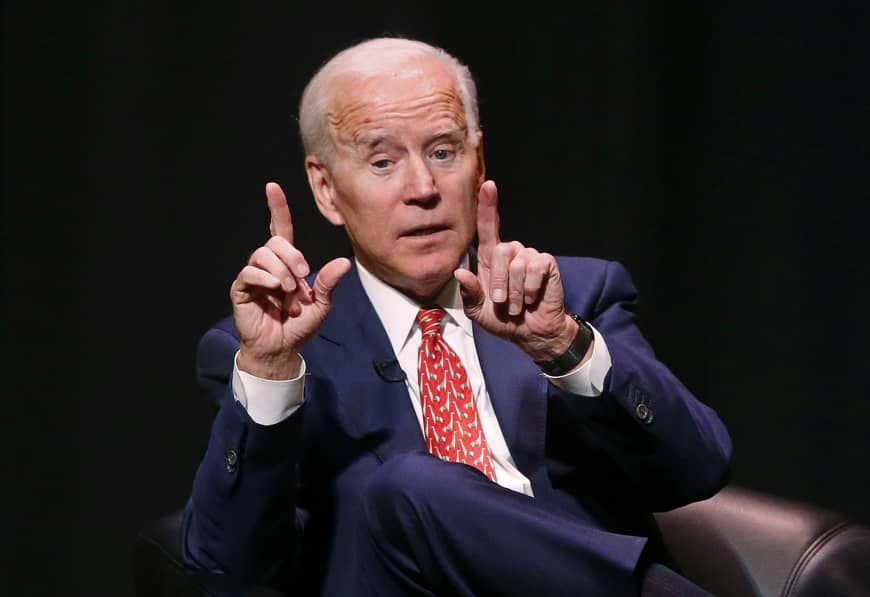 Will Joe Biden Hold Syria Iran and Russia Accountable for Their Crimes?

With 118 days left until November 3 elections, it is normal for activists and dissidents to take a closer look at how Joe Biden presidency might adopt or reject the policies of Donald Trump; including his love fest with Russia. In other words, will Joe Biden hold Syria Iran and Russia accountable for their horrific crimes in Syria, Iran, Ukraine, Yemen, Lebanon, and Iraq? Or will he do an acrobatic flip and invite them for an evening of fun to dance the Appalachian Clog with him?

Furthermore, will he hold Mohammad bin Salman accountable for his crimes in Yemen as well?

Because of his response to COVID-19 and his divisive rhetoric to include unfettered racism, Donald Trump is trailing badly in polls today. In the swing state of Florida, now experiencing a new, state-wide COVID-19 outbreak, Biden has a 5-point advantage on average. Fox News put him at 9+, which looks like the pro-Trump station is trying to sound the alarm and trigger panic simultaneously.

In Wisconsin, Biden is 6.5+. In Michigan, it’s Biden with 7.5+ advantage. Biden’s state of Pennsylvania, he has 6.5+ advantage. In North Carolina, it’s Biden 3.0. You get the picture. Trump is trailing in every swing state except Ohio where he is even with Biden.

This is of course no guarantee Biden would win. Teflon Don has a way of coming back even though COVID-19 is raging again across 32 States as of July 6 week. Trump has given up on fighting the virus because of his incapacity to understand what must be done. To this day, he has yet to wear a mask to protect his followers by setting an example. This kind of bravado is killing people, but don’t tell him that. Trump, in his heart, still thinks COVID-19 is a hoax. If only people could drink Clorox!!!

Nonetheless, we think this early analysis is worth exploring.

WILL JOE BIDEN HOLD SYRIA IRAN AND RUSSIA ACCOUNTABLE FOR THEIR CRIMES?

The first instinct of a Democrat President is to pull back. Take a deep breath and think small before engaging in a duel with some violent dictator thousands of miles away from home. Unless U.S. interests are threatened directly with a clear and present danger, Joe Biden is likely to invite friends and foes alike for a dance first. Will he invite Russia? We doubt it. Will he invite Iran? Possibly. Will he invite Assad? Unlikely given his war record.

Although the gutless John Kerry would not be too far pressing him to normalize relations with Assad.

We all remember Barack Obama’s cowardly Syrian “red line”, or Hillary Clinton’s naive Russian “reset” button, or John Kerry’s vile tête-à-tête with the butcher of Syria Baschar al-Assad and his wife Asma. It’s inevitable that some Democrat, somewhere, is not considering today how to humiliate themselves the way Tulsi Gabbard humiliated herself when she took money from Assad agents in Ohio and was quick to exonerate him of crimes against humanity. All under the pretext that “Tulsi ain’t fighting wars no more”.

“Avoiding Wars” will be a theme Joe Biden would embrace fully.

It goes without saying that should Joe Biden win the election, he would be reading his Worldwide Threat Assessment. Unlike Trump who never reads anything. The genius Trump knows everything already.

Because of aggressive Russian behavior on the world stage, and because of Putin’s interference in the 2016 elections, the likelihood is that Joe Biden might hold Putin’s feet to the fire. There will be immense pressure from the intelligence community to punish Russia big time. 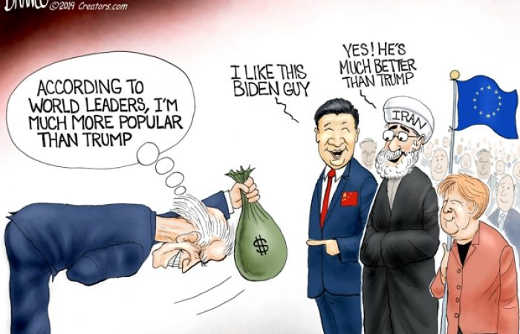 But where and how? Not in the Ukraine where the U.S. has no presence, but in Syria. The country is the perfect stadium for a slugfest. Not only because it harms Russian interests, but also because an American win will put Russia where it belongs. In the category of third-world countries rendered powerful only because of a U.N. veto and a nuclear arsenal. That’s it.

Don’t be surprised to see US troops throwing punches at Russian assets in Syria. The lesson is long overdue, and we believe US weapons would be up to the task in Syria. Even though Biden might veto some punches, the DNC and the elite Democrats would not hesitate to throw their weight around to convince Biden. The presidential hopeful has yet to give a true indication of his foreign policy imperatives on Russian presence in Syria.

Let us not forget Biden served as vice-president to the wimpiest of Presidents in U.S. history

BIDEN ON IRAN AND SYRIA

Joe Biden rode the history wagon on the Iran Deal. He supported it and played a major role in its spin for the same reasons we see U.S. politicians today take a step backwards every time U.S. troops have to enter a theater or a region in the Middle East. It’s the Iraq War virus everyone wants to avoid.

But at the same time, we don’t believe Biden wants to play a role in seeing Iran conquer and occupy Arab capitals. He has seen the negative impact of an Iran Deal that empowered the Mullahs in Tehran to threaten U.S. troops and U.S. naval presence. Biden will either pull all of our U.S. troops from the region, or will play a positive role in forcing Iran to think small. As small as Tehran is.

What will influence that decision will be a combination of factors, one of which will be a new U.S. initiative to clip Putin’s wings first. Taking on both Russia and Iran in Syria will be too bold for Biden. Let us not forget Biden served as vice-president to the wimpiest of Presidents in U.S. history. His survival instincts will tell him to take baby steps all the time.

How will Biden act on Iranian occupation of Syria and on the suitability of Assad is an open question if history is our guide when it comes to a Democrat in the White House. There will be pressure on the new President to go either way.

But one thing for sure, Biden will not be sending Putin long distance kisses to Moscow. Another Trump-like figure could rise again, and Putin will be ready to wreck havoc again on our institutions and democracy. For Biden, Putin comes before Khamenei, and Khamenei comes before Assad if at all.

Will Joe Biden Hold Syria Iran and Russia Accountable for Their Crimes?