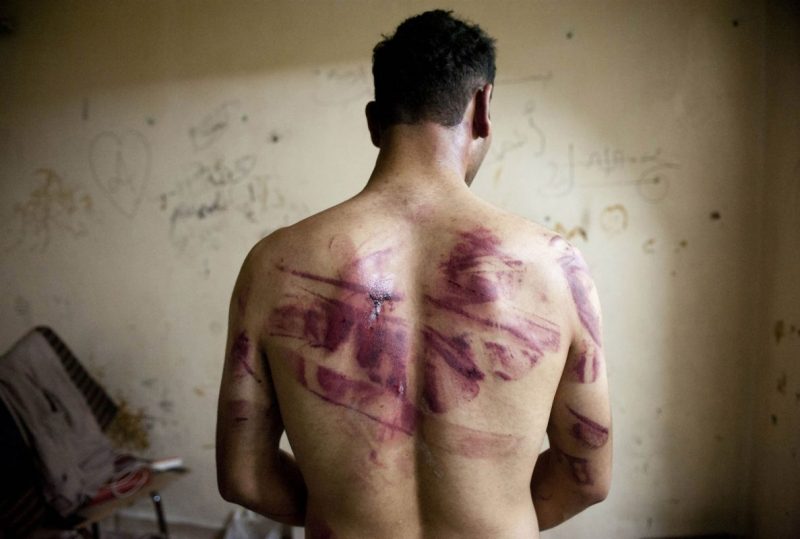 Germany arrested a high-ranking Syrian suspected of crimes against humanity. It marks the first big success for a team of investigators who smuggled out a vast trove of incriminating evidence early in the war. In effect, Assad torture criminals arrested in Germany.

German prosecutors said the man, identified as Anwar R., and one other Syrian citizen had been arrested on suspicion of crimes against humanity; to include torture of prisoners during their work for Syria’s intelligence service. A third arrest was made in France.

The investigation was supported by the Commission for International Justice and Accountability (CIJA). The United States and several European governments funded a team of investigators. They have been quietly building cases for years.

For the kind of people you can find in Europe, this is a big fish.

In 2011 and 2012, Anwar R. headed the investigations section of Branch 251; and later of Branch 285 of Syria’s General Intelligence Directorate. In both, officials had free rein to detain and interrogate suspected opposition activists.

These two branches are the most notorious ones. One of our witnesses has described Branch 251 as the most effective, dangerous and secretive branch, and responsible for 98 percent of the violence committed.

That branch was not only receiving people into detention but also carrying out raids and searches for individuals wanted for organizing the protests against Assad’s rule.

She added that Anwar R. would be on the third rung down from Assad. He would not have had direct contact with him.

CIJA is led by Bill Wiley, a Canadian ex-soldier who advised the defense in the trial of Iraqi leader Saddam Hussein. He is also a veteran of the Rwanda and Yugoslavia war crimes tribunals.

By working with Syria’s opposition, not including groups designated by the United Nations as “terrorists”, CIJA managed to exfiltrate 700,000 pages from Syrian intelligence and security archives, a potential goldmine for human rights prosecutors.

Wiley told Reuters in 2014 that CIJA was preparing prosecution-ready dossiers;, despite inaccessibility to courts that would hear the cases.

Syria is not a member of the International Criminal Court. Its allies on the U.N. Security Council, Russia and China, have blocked efforts to refer the situation to the ICC, despite reams of evidence collected by the United Nations, CIJA and others.

Jelacic said CIJA was now providing support to 13 countries; furthermore, it was getting requests for assistance “almost on a daily basis”. It answered close to 500 requests from law enforcement last year. Most information pertaining to Islamic State as well as Syrian government officials.

In the U.S., a judge ruled that Assad’s government was liable for at least $302.5 million in damages for its role in the 2012 death of renowned journalist Marie Colvin. The judge presiding relied upon CIJA evidence and testimony.