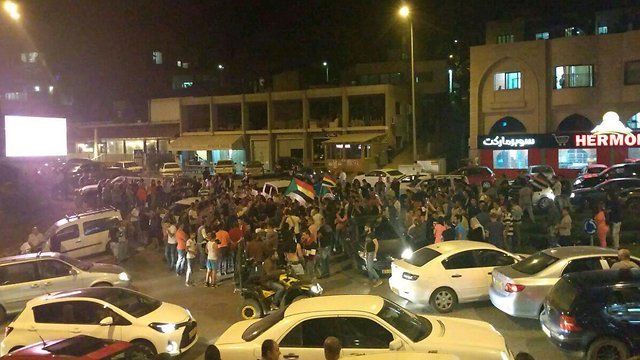 Israeli police said Wednesday they had carried out a “wave of arrests” of pro-Assad suspects involved in two attacks by Druze on military vehicles transporting wounded Syrians to hospital.

Israeli media said nine Druze were arrested by the Israeli Police over the attacks Monday, when a mob killed a Syrian and wounded another in the Golan Heights and an ambulance was stoned in the Galilee town of Hurfesh.

After the incident, the Assad regime hailed the Druze lynching of Syrian wounded rebels Israel was trying to treat, which showed the world the ugliness of Assad as he commits his own lynching against the innocent civilian population.

At the time, Brigadier-General Moti Almoz said on the radio:

If you a pro-Assad Druze and you act like the Assad regime does with total abandon and savagery, the Israeli Police and Israeli society will not tolerate such acts.