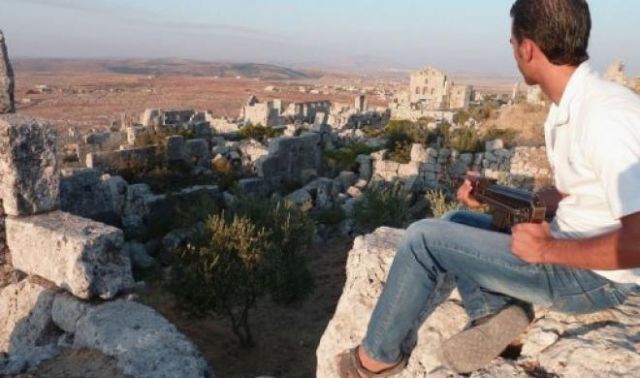 June 24, 2015 6:32 am 0
The War Arrives Latakia
Something is Happening in Damascus
With Assad in power, Syria will never know peace

Dozens of Druze men recruited into the Syrian army have defected in Suweida to an anti-Damascus group, activists said, while a military convoy was also purportedly stopped as it was transporting recruits out of the region.

“Dozens of young men [defected from] military service in the regime’s army [and] headed for the residence of Sheikh Wahid Balaous in the western rural Suweida village of Al-Mazraa on Wednesday morning,” an activist-run news service reported.

Balaous heads the Sheikhs of Dignity group that has taken increasingly anti-regime stances and accused Syrian military intelligence of being behind a June 11 mortar attack on Suweida city, the first since the start of the Syrian civil war. After the attack the group called for the local security branch chief to resign.

According to Swaida Khabar, the young men, “in their own words, put themselves ‘at the service of the Men of Dignity, to defend Jabal [al-Arab] against any aggressors’.”

The news service added that the recruits had “signed up for military service a few days ago after [being given] reassurances [that] Suweida residents would serve inside the province.”

“The young men said that regime forces officers in the Radar Battalion… insulted them, accused them of treachery and said they would send them to fight in villages in eastern rural Daraa.”

“The young men, who numbered less than 100, then deserted the Radar Battalion with all their weapons and headed to Balaous’s house to put themselves at the disposal of the Men of Dignity.”

While Balaous has yet to issue an official statement on the matter, a number of pro-opposition Syrian news outlets have picked up the story and published their own reports on the incident, the latest to hit the hitherto quiet Druze-populated region.

The reported defection comes amid the Syrian regime’s ramped up efforts to press Druze youth in the province to join the army as rebels operating in the Daraa province to the west have notched battlefield victories over forces loyal to Bashar al-Assad.

While Suweida is under regime control, residents of the region have generally maintained an autonomous attitude against not only Islamist rebels but also regime efforts to enlist Druze locals to fight in far-off areas of the country.

Druze youths in southern Syria have protested against the regime’s military conscription efforts in recent weeks, while the Sheikhs of Dignity have opposed young men joining the army to fight outside the province.

However, as the regime has faced growing pressure, pro-Assad figures in Suweida as well as the Druze community outside the province have attempted to rally support behind Damascus.

On June 9, the spiritual chief of the Druze community in Syria issued a call for young men in Suweida to join the Syrian army.

“In answer to the call of the homeland, duty, Bashar Hafez al-Assad’s instructions, our adherence to our patriotic stances and our glorious history, the spiritual leadership of [the Druze community] […] is sending out ‘the National and Religious Call’ to all of our honorable sons who are able to bear arms […] and have not signed up for mandatory military service […],” Hikmat al-Hajari said in a written statement.

“In the name of Arab honor […] we hope that you will not fail [to answer] this call and [that you will] go to your recruitment centers in the province.”

The statement added that military service would be “within the borders of Suweida province.”

A day before the alleged Druze defection from the regime, the Sheikhs of Dignity announced that they had blocked an army bus transporting Druze fighters to battlefronts in the neighboring Daraa province.

“The Sheikhs of Dignity closed the road to them in the village of Al-Mazraa and took them out of the [bus],” the statement read.

The young men were then “returned to their families safe and sound along with their weapons to protect Jabal [al-Arab] and its residents,” according to the Druze group.

The Sheikhs of Dignity noted that several young men from Suweida who had previously avoided the regime’s mandatory military service had handed themselves over to the state on the condition they would only serve in their home province.

Assad Beginning to Retaliate Against His Enemies, Saudi Arabia Next
Plan A, Plan B, or No Plan at All
U.S. peace talks on Syria over before start?
Syria News 1027 Syrian Revolution 1348