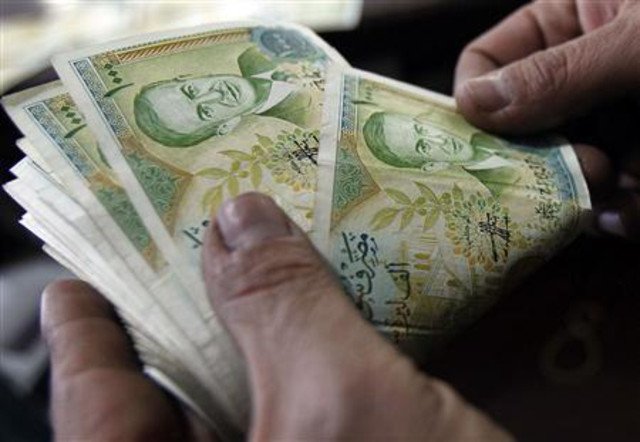 Chatham House, a Think Tank in Britain, published yesterday a research paper on the Syrian economy it titled, “Syria’s Economy: Picking up the Pieces” in which it outlined the drivers behind an ever collapsing Syrian economy and its institutional systems the Assad regime is unable to sustain for long.

Reading their reports, it is not hard to conclude that the Syrian economy is collapsing rapidly.

Here are the summary bullet points highlights of their report:

With a collapsing Syrian economy, Iran is buying Syria on the cheap. Conditional credit lines means Assad no longer controls Syria’s destiny. The country has become a full satellite of Iranian Shiite terror.

Chatham House, in the past, has taken a more pro-Assad view than their counterpart U.S. tanks producing similar research papers. Is it because of the Akhras family influence in Britain (Assad’s parents-in-law) spending millions to shore-up the regime or is it out of Chatham House own bias and conviction is not a question we could answer today.

But when Chatham House says the Syrian economy is in pieces, use a badness factor of 1.5 to get a more lucid picture of Syria’s reality.

Syria’s paper money with Hafez al-Assad pictures on them could soon become less expensive than toilet paper, which will make their utilitarian use a bit more appropriate.