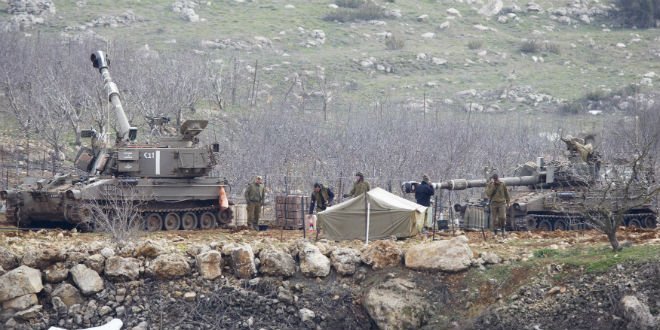 Iran Is Not Waiting for Obama to Hit Israel

August 20, 2015 4:45 pm 0
An exclusive WSN interview
Don’t believe you can survive what makes you survive
The Four Major Problems With the Iran Deal

Rockets hit Israel near the Lebanese border on Thursday and Israel struck back in the Syrian Golan Heights, saying the rare salvo had been launched there by a Iranian-backed Palestinian militant group. Iran is not even waiting for Obama to sign the Iran deal to hit Israel, and it seems Obama is not complaining either.

The group, Islamic Jihad, denied the Israeli allegation. It had previously threatened reprisals should one of its activists in Israeli detention, Mohammed Allan, die of a hunger strike. Allan ended the fast on Wednesday after an Israeli court intervention.

Israeli officials said two rockets struck close to a northern village in the upper Galilee, near the Lebanese border, setting off brush fires but causing no casualties. Air-raid sirens had sent residents to shelters.

The attack was unusual as that frontier had been largely quiet since the 2006 war between Israel and the Lebanese guerrilla group Hezbollah. By contrast, the Israeli-held Golan, some 16 km (10 miles) to the east, has occasionally come under fire from within Syria during the four-year-old civil war there.

In a statement, the Israeli military said the rockets that hit Israel in the upper Galilee “were launched from the Syrian Golan Heights … by Islamic Jihad, sponsored by Iran”.

Israel “holds the Syrian government responsible for attacks emanating from Syria”, the military said, adding that it had retaliated against targets in Syria.

Syrian rebel sources said Israeli warplanes struck several of Damascus’s military facilities on the Syrian Golan. They said the strikes caused casualties, but did not elaborate.

Islamic Jihad’s leaders are based in the Syrian capital while the bulk of its followers are in the Gaza Strip, whose dominant faction Hamas has mostly been observing a truce with Israel that ended the war in the Palestinian enclave a year ago.

Iran Is Not Waiting for Obama to Hit Israel