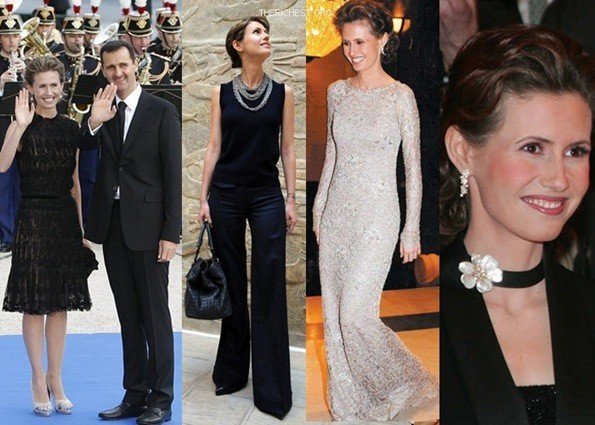 April 26, 2014 1:00 pm 0
From Fiery Steel to Sultry Silk
The Assad Family Embezzled $62 Billion From Syria
Of Montaigne, Facebook, and Revolutions

The most talked about evil today is religious, which we see most often the Islamic Republic of Iran exercise generously against its own people and those of others. No Iranian, Syrian, Lebanese, or Iraqi is able to escape it. Subservience to its mastery is a survival tactic many hope is temporary.

We also see evil in al-Qaeda and all its tentacles springing across the Muslim landscape. It began as a 7th century religious extremist ideology then morphed into a killing machine once its founders realized many Muslims, and the world in general, is unwilling to accept their contortionist ideas. Obviously, this is not the case with Iran, which seems to have snatched, free of charge, a US President more willing to bed the Mullahs than warn them.

For all intended purposes, AQ is an amalgamation of stateless roving bandits known for attacking the US directly; Iran, on the other hand, is a sovereign state heralded at the UN, and which attacks the US indirectly.

I beg for distinction.

The interpretation of ?Directly? is one ape staring down a foe and attacking it head-on; ?indirectly?, on the other hand, is interpreted as one ape stabbing a foe while the latter slept. Unfortunately, for America, every US President has accorded a stare followed by an overt attack to be far more lethal than incessant stabs under a moonless sky. Should we not treat them both as equally dangerous? Go figure.

We also see evil dressed in colorful dresses and designer shoes Asma al-Assad has graced us with to peek at them on her Facebook page with all the glory of 24,484 ?like?. That number is telling because her husband wins elections by a margin of 97% over a population of 23m, yet Asma can muster less than 25k people to like her.

My estimate is that 25k is also the number of real votes Assad gets on any election because no Gestapo forces you to ?like? anyone on Facebook.

Incidentally, to imagine what a modern court jester looks like, read all the Ohhh?s and the Ahhh?s her page boasts surrounded by the deadly fumes of her husband?s obsession. Who said evil is confined to religion only? Remember Hitler?

Some believe Saudi Arabia is evil even though it never gassed anyone, never sent Saudi forces into another country to kill its women and children, never developed IED to terrorize other countries with, and never killed American soldiers in any part of the world. Saudi Arabia may have a backward culture that nurtured the evil ideology of AQ but the country?s leadership fights terrorism side-by-side with the US, and that is all that matters to me to consider Saudi Arabia, UAE, Kuwait, Bahrain, Qatar or Oman to be non-evil.

Of Montaigne, Facebook, and Revolutions
The Assad Family Embezzled $62 Billion From Syria
Inside Assad’s Hospitals of Horror
Assad Genocide 429