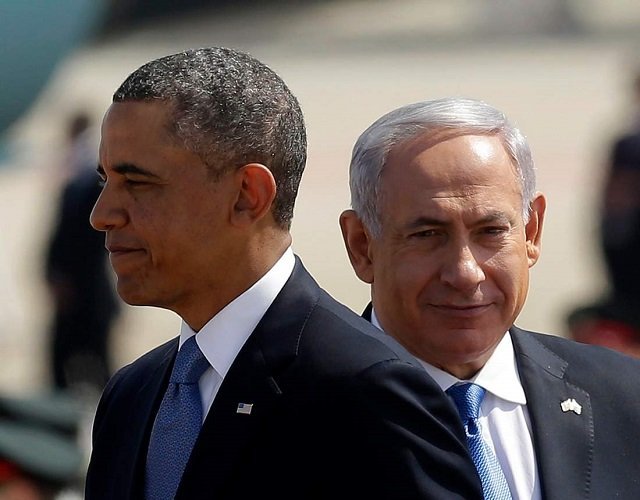 Israeli Prime Minister Benjamin Netanyahu said Tuesday that a nuclear deal between Iran and six world powers, led by the United States, was “a bad mistake of historic proportions.”

Netanyahu gave his thoughts on the agreement prior to the start of a meeting with Dutch Foreign Minister Bert Koenders in Jerusalem.

“Iran is going to receive a sure path to nuclear weapons. Many of the restrictions that were supposed to prevent it from getting there will be lifted,” Netanyahu said. “Iran will get a jackpot, a cash bonanza of hundreds of billions of dollars, which will enable it to continue to pursue its aggression and terror in the region and in the world.”

Other members of the Israeli government shared Netanyahu’s dislike of the agreement. Culture and sports minister Miri Regev, a former military spokeswoman, said the deal gave Tehran a “license to kill.” Regev also described the pact as “bad for the free world (and) bad for humanity.” She called for further lobbying against the deal and said that the U.S. Congress could still block it.

Meanwhile, Israeli Deputy Foreign Minister Tzipi Hotovely tweeted her displeasure with the deal, calling it “a capitulation of historic proportions by the West to the Iran-led axis of evil.”

Israel had been at the forefront of efforts to block an accord that would lift sanctions on Iran. Iranian officials over the years repeatedly have threatened to destroy Israel. Iran also has backed militant groups that have attacked Israel, including Hamas and Hezbollah.

On Monday, Israeli Defense Minister Moshe Yaalon said the deal with Iran will force the Jewish state to “defend itself, by itself.”

Also Monday, Netanyahu opened a Farsi-language Twitter account in an effort to reach out to the Iranian people. His first tweet included an image of Iranian President Hassan Rouhani and said Supreme Leader Ayatollah Ali Khamenei “has said Iran should fight the U.S. regardless of the agreement, while Rouhani leads demonstrations expressing hatred.”