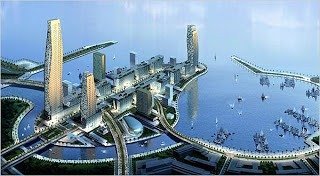 This story was first published in The Times of Israel.

Prince Mohammad bin Nawaf al-Saud, Saudi Arabia?s Ambassador to the United Kingdom, wrote an Op-Ed in the Guardian entitled ?Saudi Arabia does not support Islamic State terrorists ? or any others?.

In it, the Ambassador explains to a clueless Guardian newspaper Blogger that Wahabism is not a tenet of Islam nor is it a school of jurisprudence. It is an influential but fading following of Mohammad bin Abdul Wahab similar to the following of any religious or social cult in America.

Would you label the good Christians in America as all adherents of the Ku Klux Klan cult or to some rogue pretender preacher with supernatural powers to cure the cripples? As modernity reaches deep into the Saudi society, Wahabism is fading and diminishing in power ever so slowly.

?Let me make it perfectly clear. The government of Saudi Arabia does not support or fund the murderers who have collected under the banner of the Islamic State. Their ideology is not one that we recognise, or that would be recognised by the vast majority of Muslims around the world ? whether they were Sunni or Shia.

Under the leadership of the Custodian of the Two Holy Mosques, King Abdullah, we launched an initiative for dialogue between all religions and cultures in 2008 with the establishment of the King Abdullah Bin Abdulaziz International Centre for Interreligious and Intercultural Dialogue in Vienna.?

Considering I am usually a skeptic of Saudi policies, I must concur with what the Ambassador wrote. When the country discovered who the financial backers of 9/11 were, it handed the three inconsequential princes (far from the centers of power) to the CIA. After intense interrogations that exonerated from any wrong doing the Saudi Royal family governing the Kingdom, the CIA rightly disposed of all three without any hesitation.

With regard to ISIS, there have been many confirmed reports that the organization was able to fund its operations by occupying the oil fields in Syria and selling it back to the Assad regime. Today, ISIS uses its daily profit of $3 million to kill, mostly, Assad?s enemies in Syria.

Saudi Arabia has nothing to do with funding ISIS or any other terror groups. To make this case, Saudi Arabia supported yesterday a UN Resolution against ISIS and Jabhat al-Nusra.

In the past, The Kingdom had several opportunities to support Hamas or some of the Palestinian terrorists, like Abu Nidal Assad funded back in the seventies, but it always refused to use violence as a tool of diplomacy. In that regard, we should hail the Kingdom even if we disagree with some other political or social internal issues.

The real terrorists running loose in the region, thanks to the timidity of the Obama Administration, are Iran, Assad, Hezbollah, Hamas, ISIS, and some other smaller groups affiliated with al-Qaeda. Iran, in one form or another, funds most of the terror in the region and Qatar funds Hamas. Even Assad forged ISIS as Newsweek confirmed it in an exclusive story and the US State Department concurred with the Newsweek reporting on August 11, 2014.

I cannot help but consider how the far left has become an amuse-gueule for Iran or wooden toys it plays with them like the Marionettes of Rue Moufetard. They regurgitate Iranian propaganda because they are easy prey to the evil of Iran.

Amongst us live many David Cadwell Irvings.