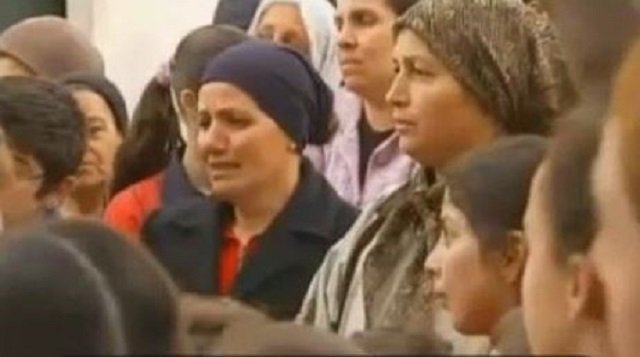 January 24, 2016 6:46 am 0
Assad Sentencing Another Assad? Are You Kidding?
To Save Austin Tice
Little Iran

The purpose of the siege to both cities is to force migration and displacement of about 120,000 civilians still living in that part of the country as part of a larger policy to ethnically cleanse Syria of its Sunni majority people. There are about a dozen villages affected by the siege.

Syrians living in the region observed the Shabeeha terrorists already manning the entrances to both cities. They are letting food supplies enter in return for large sums of money as a way to siphon all the cash from the population prior to starving them to death.

Some of the civilians who tried to escape the siege were met with artillery cannons targeting their escape vehicles, which forced them to retreat. Soon enough, the world will soon acquaint itself with the word Akrab, which represents the name of the largest village with the largest concentration of besieged people located north of Homs.

Syrians reached inside Akrab claimed that food prices have gone sky high the moment the Assad regime began its siege. It won’t be long before all food supplies are exhausted and the world witnesses another Madaya in the making. Except, this time around, Assad is starving three times the number of civilians that populated Madaya.

To lay a siege to Sunni-controlled regions of the country reminds many of the Christians in the Assad regime to the siege Sunni Muslims lay to Constantinople beginning in 1422 A.D. as a result of Byzantine interference in Ottoman throne succession. Eventually, the Ottomans chased the Byzantines from Constantinople in 1453 to claim the jewel city by renaming it Istanbul.

The ethnic cleansing of Syria today is a reminder that the history of the region drives the policies of today. As the Alawites and the Orthodox Christians are cleansing Syria today, in the future, the Sunnis will come back to cleanse both. This reality is inescapable in a region so many claim to be ruled by their own Gods only.