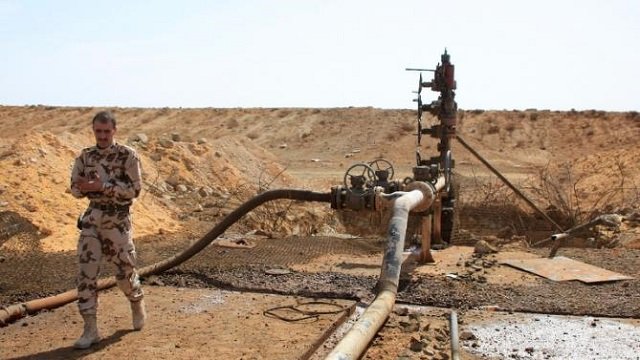 September 7, 2015 9:53 am 0
The Ongoing Barbarism in Syria
Assad Stays Terror Increases, Here is the Proof
The Naked Foreign Policy of Barack Obama

As Assad purchased oil from IS in the past after yielding to IS many oil fields under his control, Assad yields deliberately last oil field to empower the IS terrorists.

TIME Magazine said it best, “The more powerful ISIS grows, the more they are useful for the regime”

The stronger IS becomes, the less the world demands Assad’s ouster. Since Britain’s finance minister recently associated his evil with the Syrian refugees flooding Europe, Assad yields the last oil field to strengthen IS, which will prevent the West from acting against him and instead pay attention to IS.

The Jazal field was now shut down and clashes were ongoing east of Homs, with casualties reported on both sides.

Syria’s army said it had repulsed an attack in the same area but did not mention Jazal or comment on how much of the country’s battered energy infrastructure remained under its sway.

Commentators on social media said fighting had surged in the last two to three days and the rebels had taken the oilfield on Sunday.

Jazal is a medium-sized field that lies to the north west of the rebel-held ancient city of Palmyra, close to a region that holds Syria’s main natural gas fields and multi-million-dollar extraction facilities.

The army, which has been fighting to retake the city and surrounding areas since they fell in May, had managed to secure the oil field’s perimeter in June.

Islamist insurgents bombarded the heart of the Syrian capital Damascus and mortars killed at least one civilian and wounded scores, state television said.