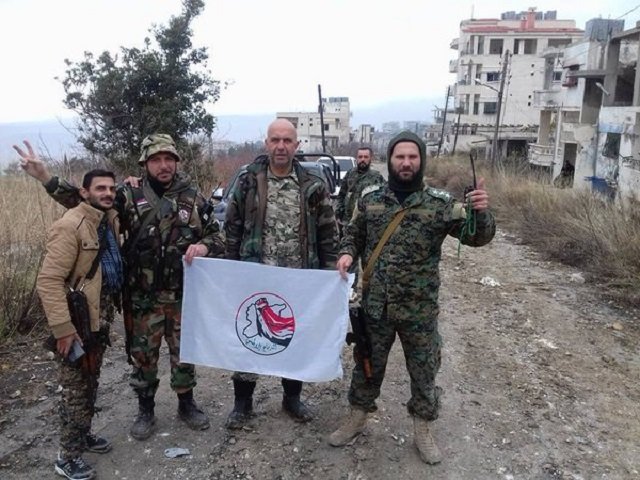 The Assad forces advance was backed by Russian air strikes and was directed partly by Russian officers. It would likely allow pro-government forces to push right up to the Turkish border, the monitor said.

Earlier this month, pro-government forces recaptured Salma, another town in Latakia’s northern countryside, in one of the most significant gains since Russia intervened in the war.

As John Kerry showed hope in Saudi Arabia that peace talks would start shortly, the Assad forces advance in Latakia will most likely embolden Assad to the point of derailing any talks. The Syrian civil war is not about to end anytime soon.

Moscow intervened in Syria’s civil war on the side of the psychopath Baschar al-Assad in September. The conflict, which broke out after an uprising in 2011, has killed an estimated 250,000 people and displaced a further 11 million.

Peace talks between the government and opposition groups are due to take place in Geneva on Monday, although disagreements, partly over who will take part on the rebel side, have cast doubt on whether they will go ahead.

Russia’s air raids have been concentrated mostly in the west of the country in an attempt to reverse rebel gains last year that threatened the coastal heartlands of Assad’s Alawite minority.

The army and its allies have gained ground in recent months in Latakia, Aleppo and Deraa provinces, but rebels have managed to advance in other regions including Hama province.

Russia has said its intervention was to target Islamic State. U.S. officials say that most of the Russian air strikes have hit other rebel groups fighting Assad, including foreign-backed insurgents.

Ankara, which opposes Assad, has said it will continue supporting rebels in Syria and Turkmen fighters battling pro-Syrian government forces.

Memo to Suleimani: Syria is Not Iraq
We Still Don’t Know Why Obama Wants Deal With Iran
The Dealers of Hope
Syria News 1072 Syrian Revolution 1348