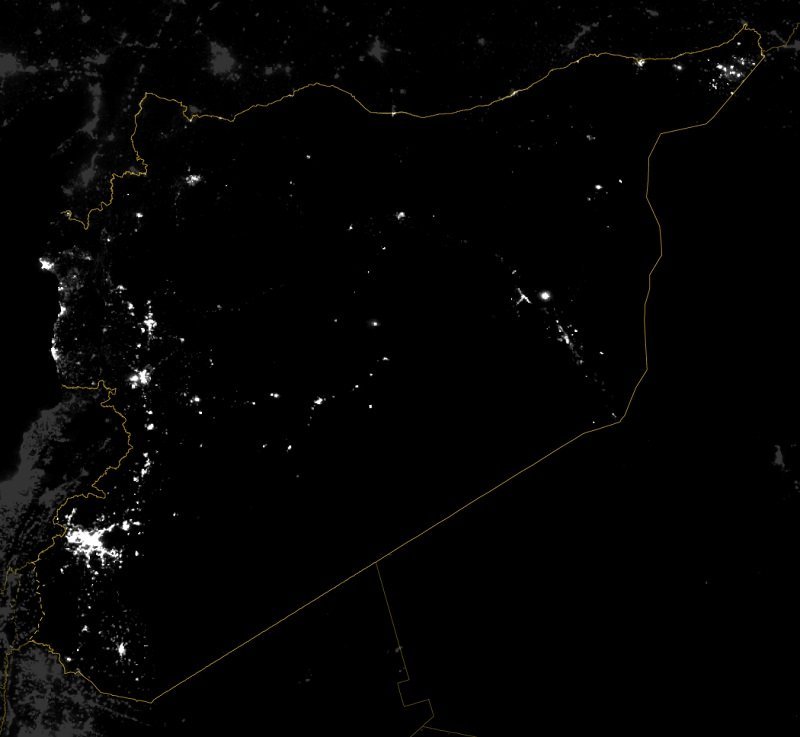 Syria After Four Years of Mayhem

A four-year conflict has dismembered Syria, inflaming the region with one of the world’s worst religious and sectarian wars. Most of its major cities are in shambles, and more than 200,000 people have been killed. Nearly half of Syria’s residents have been forced to flee their homes

Aleppo has been an active battle zone for nearly three years. Home to two million people before the war, the city is now 91 percent darker at night. Population migration, power cutoffs and destruction of infrastructure were the main reasons for the decline, according to Xi Li, one of the authors of the study.

The analysis compared composite images from satellite photographs, taken on five to 10 nights each month since the beginning of the war. Regions that are not firmly held by a specific group are more prone to population displacement and power shortages, two of the main reasons for losing their night lights, Mr. Li said.

Damascus has been under government control but is now 35 percent darker than before the war. But the capital’s suburbs, where fighting has been fierce, are 63 percent darker.

In Deir al-Zour and Raqqa, which are largely controlled by the Islamic State, the group has struggled to keep power flowing, especially after the coalition airstrike campaign that began in August last year.

Syria is splintered among government forces and a number of rebel groups. The most prominent rebel group, the Islamic State, also known as ISIS or ISIL, took control of large parts of the country last summer. The division has remained largely unchanged since then. 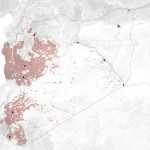 Pro-government forces control the coastal areas, where a significant part of the population is made up of Alawites, the same religious sect to which President Bashar al-Assad belongs. While the government controls major population centers in the west, the provincial capitals of Dara’a and Aleppo are battlegrounds. Pro-government forces made some recent gains in Damascus’s eastern suburbs, where they have also faced strong resistance. 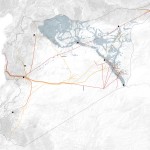 The Islamic State is under pressure from battles with pro-government fighters and other rebel groups, and from bombings from the American-led coalition. Airstrikes against oil infrastructure have disrupted one of the group’s important sources of revenue, but have had little effect on its war effort, said Jennifer Cafarella, an analyst at the Institute for the Study of War. “The effectiveness of airstrikes against ISIS is limited to the areas in northern Syria where a ground partner is available, and have not actually challenged ISIS in the Syrian interior,” Ms. Cafarella said. 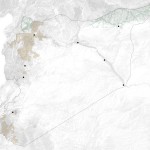 In September, the United States Congress approved arming and training rebels in the Free Syrian Army, a loosely knit group that includes citizens who have taken up arms, army defectors and Islamists perceived as moderate by the United States. In Aleppo, one of the war’s most important battlefronts, American-supported groups have collaborated with the Nusra Front, a local branch of Al Qaeda and a U.S.-designated terrorist organization.

Half of Syrians Displaced

The war has displaced 7.6 million people inside Syria and pushed 3.9 million more — half of them children — to seek refuge in other countries, according to figures collected by United Nations agencies. 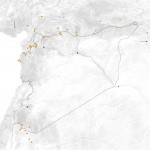 The flood of refugees has put enormous pressure on Syria’s neighbors. Turkey has made some effort to integrate the more than one million Syrians living there by granting them access to education and social services. But in Lebanon, officials began to require visas from Syrians in January. The nation, which had just 4.5 million people before the war, now hosts about 1.2 million registered refugees and an estimated 500,000 unregistered.

About 5.6 million children inside Syria are enduring hardships that include poverty, displacement and the dangers of living in conflict zones, according to figures from Unicef.

Syria After Four Years of Mayhem

Loading...
Newer Post
The worst place in the world? Aleppo in ruins after four years of Syria war
Older Post
The Carnage of Barrel Bombs in Syria