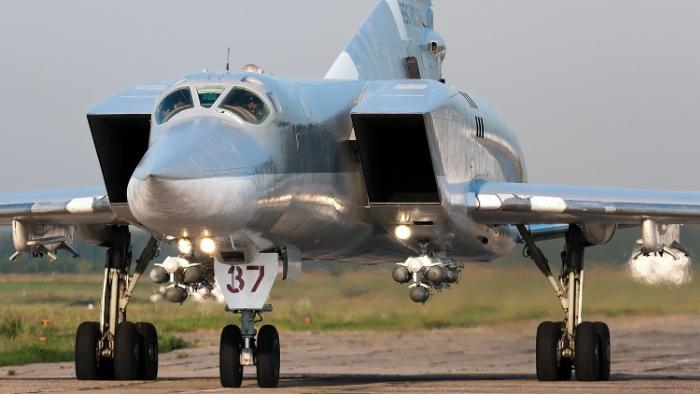 Despite Russian President Vladimir Putin’s widely publicized, mid-March order to evacuate the bulk of his forces from Syria, Russian air power in the country remains substantial, according to the Israeli Air Force (IAF), with newly deployed attack helicopters replacing many of the fighter bombers that have made their way home.

“He changed the shape of the forces, but he didn’t evacuate,” a senior IAF officer said of the Russian president. “He’s brought in different assets and returned things he had less use for. … Now there’s more emphasis on air support by attack helicopters.”

In an interview, the senior general officer, who was authorized to speak to Defense News on condition of anonymity, declined to provide numbers of Russian fixed- and rotary-wing aircraft still in the country. He insisted, however, that Russian air power in Syria remains robust: “I don’t want to get into numbers, but he still has a significant force there [with which] he can do almost whatever he wants.”

This assessment appears to be validated at least in part by data published by the Russian Ministry of Defence, which reported 117 targets struck over a 24-hour period in Palmyra, where Syrian regime forces claim to have retaken the culturally rich area from the Islamic State group.

Since Putin’s March 14 declaration of achievement in Syria, the Kremlin has announced withdrawals of at least three tranches of Su-24M, Su-34 and Su-25 aircraft, each accompanied by cargo-filled Il-76 or Tu-154 heavy airlifters.

On March 17, Russian Aerospace Forces Commander Victor Bondarev said withdrawal of “the main part” of Russian air power from Latakia province would be completed by March 20.

But contrary to expectations of a large-scale withdrawal, Israeli intelligence assessments project a protracted Russian presence in Syria, including indefinite deployment of S400 air defenses now positioned to search the skies bordering Turkey.

When asked if Israel was concerned that Iran and Hezbollah — Moscow’s ostensible allies fighting on behalf of Bashar Assad in Syria — may seek to prevail upon Moscow to reposition air defenses against Israel, the IAF officer replied: “Not likely.”

Moscow is unlikely to do anything that is not directly in its interests, and in the case of the S400, the interest is to deter and prevent future clashes with Turkey, he said.

“We understand that the S400 he brought was in response to the event with Turkey,” the officer said of Ankara’s November 2015 downing of a Russian Su-24 fighter. “If he wanted to turn those radars around and look at us, he could do so quickly. But that would constitute a big change, and we don’t think he has any intention to do that.”

The officer praised the professional manner in which Israeli and Russian forces have been working to prevent unintended clashes in the increasingly crowded skies of Syria.

“The [Russian-Israeli] deconfliction mechanism is being preserved and managed well,” he said. “Both sides agreed upon rules; and each side guards his own boundaries.”

What does concern the IAF, the officer said, is the prospect of Iranian air power getting a toehold in Syria if or when Russia does decide to evacuate or significantly reduce its force.

“An Iranian air presence in Syria is something that Israel will find very hard to accept. … This would constitute a very significant change … but at the moment, I don’t see it happening. The opposite. I see the Iranians moving backward.”

According to the officer, the IAF is following two polar assessments vis à vis Iranian involvement in Syria: “There’s a strong possibility that Iran will want to strengthen its hold there. But there’s another possibility that if the war doesn’t end so quickly, they will come to the conclusion that they don’t need to invest so heavily in this Syrian story.”

A March 27 analysis by Israel’s Meir Amit Intelligence and Terrorism Information Center noted that Iran may be considering deploying forces from its regular Army to Syria, in addition to the IRGC presence. The Israeli center cited a March 16 report by Iran’s Tasnim News quoting Amir Ali Arasteh, deputy chief liaison of the Iranian Army’s Ground Forces, as saying that snipers and special forces are being eyed for deployment as advisers to Iraq and Syria.

“So far, only IRGC fighters deployed to Syria and Iraq, not the regular army,” the Israeli analysis said. “Deploying them would signal a change in Iran’s military strategy but would be insufficient to cause a significant change in the situation on the ground.”

The IAF officer said the Putin-led axis in Syria comprised of Assad, Iran and Hizbollah would not have had such an impact in the ongoing six-year Syrian civil war had it not been for the nuclear deal between world powers and Iran.

“The nuclear agreement was the enabler,” he said of the Joint Comprehensive Plan of Action signed in July and declared in effect in September. “Think about it: In June and July, it was already clear there would be a deal. And two months after that, [with Iran rejoining the world community], the axis took shape. … The momentum is now clearly in favor of the axis that Putin supports. And this couldn’t have taken shape without the deal.”