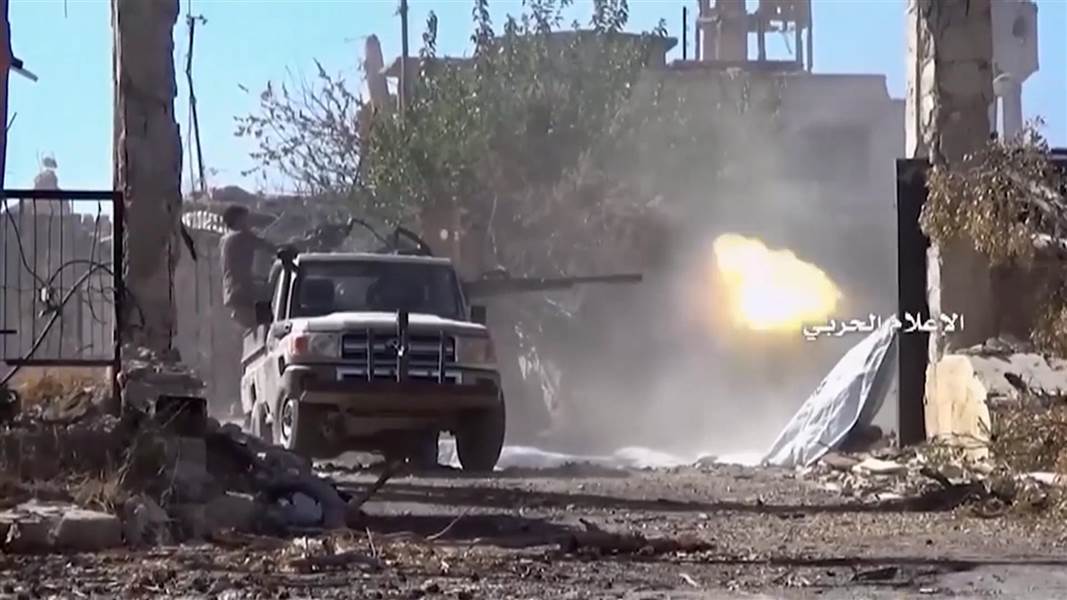 Syrian rebels broke through a regime-imposed siege on eastern Aleppo Saturday, a major step toward providing some 300,000 civilians with badly needed humanitarian aid and medicine.

As evening approached, rebel fighters were battling to take more ground from regime forces and create a wider opening that couldn’t be easily bombed or cut off, said Ahmad Kura Ali, a spokesman with the Islamist Ahrar al-Sham group, which is taking part in the offensive.

Rebels said it was too early to bring in aid to the besieged residents, after less than a week of fighting that included heavy shelling and airstrikes.

The rebels launched their offensive on Aleppo last month, two weeks after the regime—backed by Russian airstrikes and fighters from the Lebanese militant group Hezbollah—cut off the sole supply line leading into eastern Aleppo’s opposition-controlled neighborhoods.

Advancing through the southwest corner of Aleppo this week, rebels from numerous local factions seized control of military outposts, including the city’s artillery academy.

It also seized parts of the main supply road leading to regime-held Aleppo, risking cutting off critical supplies to the area. Residents in government-controlled Aleppo expressed fear that they were now in position to be besieged themselves.

“The goal was breaking the siege on our people in Aleppo and cutting the reinforcements roads to the regime,” Mr. Ali said.

Syrian state media denied that rebels had taken parts of the road and reported that the air force was intensifying its strikes on “terrorists,” the term it uses to refer to much of the opposition.

The rebel advance was aided in part by suicide bombers from the Syria Conquest Front, the new name taken on by Nusra Front after it announced severing of ties with al Qaeda.

In another battle in northeast Aleppo province, U.S.-backed Kurdish and Arab fighters denied that they had seized full control of the city of Manbij from Islamic State militants.

The forces, backed by U.S. airstrikes, said they had managed to seize some 90% of the city, said Shervan Darwish, a spokesman with the Manbij military council which is overseeing the battle.

Islamic State remains holed up in a few neighborhoods and is preventing people from leaving, said Abdulminem Alyan, an activist with a local monitoring group that documents human rights violations in the city. This has led to fears of large civilian casualties as strikes against the terror group continue.