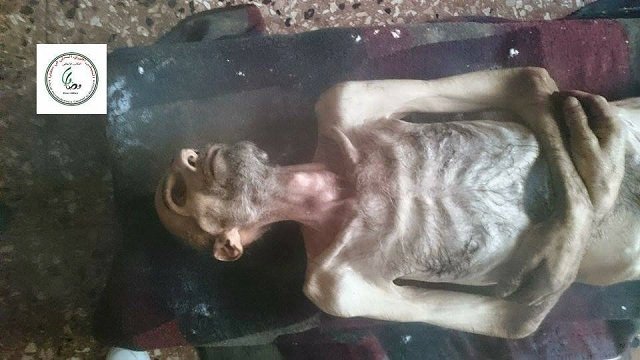 Food to be Delivered to Madaya is a Scam

Humanitarian groups could begin delivering much-needed aid in three besieged Syrian towns as early as Sunday, spokesmen said on Friday. The food to be delivered to Madaya is a scam.

The International Committee of the Red Cross (ICRC) and U.N. World Food Program (WFP) said they were preparing convoys packed with food and medical supplies for suffering populations in the towns of Madaya, al-Foua and Kefraya.

If anyone believes the food supplies to be delivered, if delivered, will be enough to sustain the besieged town of Madaya for a long period of time, he/she is a fool. Assad is ethnically cleansing Syria of all Sunni Muslims, and any supplies his regime of terror will agree to are calculated to last a day or two before the siege continues.  The food to be delivered to Madaya is a scam.

As Syria reels from civil war, a six-month-long blockade of Madaya by the Syrian army and its Lebanese ally, Hezbollah, has trapped about 40,000 residents now enduring a harsh winter.

Further north, the villages of al-Foua and Kefraya, in the Idlib governorate, are home to some 20,000 residents under siege by armed opposition groups.

Now that John Kerry has capitulated to Russian demands for Assad to remain in power, Assad is going to kill, starve, rape, and gas the Syrian people and begin to punish all those Lebanese politicians who stood against him the last five years. The only way to stop him is to flood Syria with fighters, equipment, and resources to continue to battle his regime for few more years.

We should not let his regime feel it has won or is about to win this war.

Food to be Delivered to Madaya is a Scam