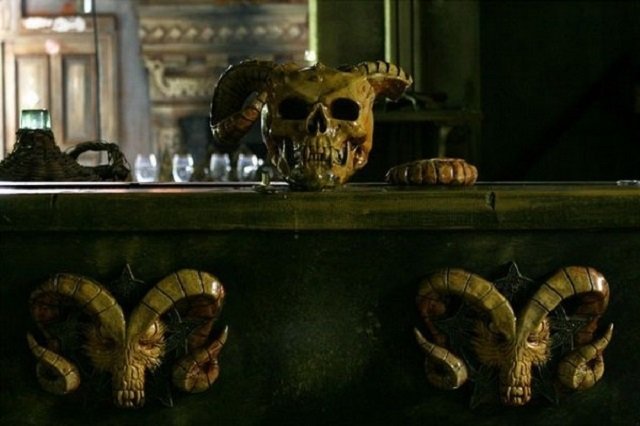 Yummy, the menu is so appetizing at the “Crac du Taliban”, a new Syrian restaurant headed by its renowned Chef Assad.

For starters, we have Humus a la Diavolo, a new recipe that grinds chickpeas with gunpowder or you can request the gunpowder on the side in a row of sniper bullets, especially made in Iran for Chef Assad.

Alternatively, you can have the new addition to Assad’s menu Chef Assad named Caviar Ayatollah, harvested by the Iranian Navy during patrol breaks and sold in the black market to make ends meet. Chef Assad added Sarin to give it a kick and it tastes so good!

For the main meal, Chef Assad has a new secret recipe he named aptly Beef Assadllington. The meat comes from a Hezbollah bunker somewhere in Lebanon and the sauce is prepared in Russia by Chef Ras-putin.

We are told the Hezbollah bunkers have spacious Opium grazing fields and a cemetery giving a new meaning to the term “From cradle to grave”.

Seriously, between Assad turning the war sectarian and Obama spending more time golfing than solving US problems, Syria is fast turning into Afghanistan.

That is not the worst though.

The worst is Taliban setting-up a base of terror in Syria thanks to Assad and the golfer Barack Obama (Obama has a part-time job as President of the United States of America).

The worst is that after all that destruction, only driven by Assad to remain in power, Assad thinks he actually has won or is about to win this war. How would you like to inherit a rubble of a country split a thousand ways to Sunday and call it winning!

Syria getting destroyed by his shelling and MIG Jets and Syrians dying is of little consequences to the psychopath Assad.

Next is a TV Series in his honor to be called “Everyone Loves Baschar” starring Osama bin Baden.

Visit the new Crac du Taliban and if you are lucky enough to meet Chef Assad, you will voluntarily check your life outside the door on the way in.

The Obama-Khamenei alliance
The Face, The Muscle, and the Brain
Beware of the Whispering Daggers
Syrian Revolution 1352