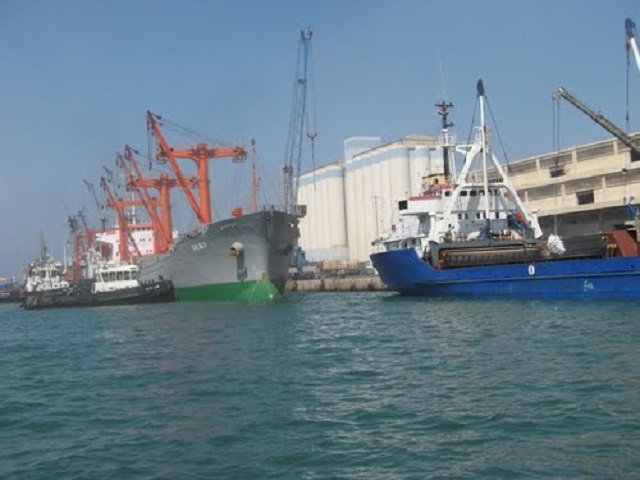 November 17, 2013 9:19 am 0
Islamism is the Last Bus Stop
New EU Syria sanctions reveal regime collusion with Isis
When Peace is Worse Than War

(Reuters) – As food begins to flow into Bashar al-Assad’s Syria after several months of disruption, some of Assad allies stand to make substantial profits from the secretive trade, according to trade and opposition sources with knowledge of the situation.

While civil war grinds on, Syria is facing its worst wheat harvest in three decades and Assad has been scrambling to bolster depleted food supplies.

Using front companies and shipping lines, a discreet commercial and logistical network is now emerging, which aims not only to procure food commodities but to generate big returns for members of Assad’s inner circle and Assad allies, trade sources familiar with the matter say.

The sources declined to be identified due to the sensitivity of the trade in time of war.

Rami Makhlouf, Assad’s cousin and top financial ally, together with Ayman Jaber, another prominent figure subject to international sanctions, are among those involved in the trade through intermediaries, the trade sources said.

“Key figures in the regime have created front companies and are using shipping lines to secure food supplies into Syria. This is also lucrative business and everyone involved stands to gain from it,” one of the sources said.

“The people involved are in the background of course and there is not much of a paper trail. But it is happening and it is evolving. As soon as one company gets known, another one springs up – it is a way of keeping ahead,” the source added.

Makhlouf and Jaber could not be reached for comment.

Ayman Abdel Nour, a former university friend and adviser to Assad who left Syria in 2007 and is now an opposition figure, said members of the inner circle had pivotal roles in the economy.

“They are the ones who are helping him to keep going. There is no income for the government, no one is paying taxes and they are not exporting oil. It is a game of survival now and they are involved in whatever they can,” said Abdel Nour, editor in chief of news site all4syria.info.

Abdel Nour and the trade sources said networks were operating in Europe and the Middle East, especially in Lebanon, to facilitate the trade.

In recent weeks, food cargoes including wheat for making bread, sugar and rice, have started to flow in greater volume, helped by the unlocking of frozen bank accounts which were previously subject to sanctions.

Banking sources pointed to several Middle Eastern banks with operations in Europe that had frozen funds in countries including France, Italy and Germany. In September, a trade ministry spokeswoman said France had cleared the use of frozen Syrian bank assets to pay for exports of food.

“Establishing reliable supply lines for basic commodities such as food and fuel have become crucial to the regime’s efforts to defeat the armed opposition,” said Torbjorn Soltvedt of risk consultancy Maplecroft.

“The small business elite which controls the vast majority of the Syrian economy have a particularly strong incentive to strengthen the parallel economy in order to minimize the financial losses caused by the civil war.”

The trade sources said one of those acting on behalf of the Syrian state is the Aman Group, a company run by the Foz family from the coastal city of Latakia and which acts as a broker for grain deals with the state buying company, Hoboob. Aman and Foz representatives could not be reached for comment after repeated efforts. Details on their website at www.amangroupco.com/en/news showed they had imported shipments of wheat this year.

Other companies and Assad allies include Yass Marine, a shipping line registered in the Lebanese city of Tripoli as well as in Syria. Yass could not be reached comment despite repeated efforts.

Shipping data from maritime analytics firm Windward showed Yass Marine’s fleet of dry bulk ships had made deliveries in recent months to Syria from ports in Ukraine, Turkey,Russia and Lebanon. Food supplies were sourced from a number of countries including Black Sea producers such as Ukraine.

Also said to be involved in the shipping trade to Syria is one of the country’s top shipping magnates, Abdul Kader Sabra. Opposition websites and a business directory showed that Sabra was a shareholder in Cham Holding, a company under sanctions and also connected with Makhlouf. Sabra’s office did not respond to requests for comment.

“The groupings are separate but they have common ground, with the key people behind them benefiting from the trade,” a source familiar with the matter said.

The U.S. and the European Union have imposed sanctions on Assad and his government, which include asset and banking freezes. Syria’s humanitarian food trade is exempt from the measures so importers of authorized food cargoes would not be deemed to be breaking sanctions.

A spokesman for the U.S. Treasury said U.S. nationals were generally authorized to export or re-export food of U.S.-origin to Syria, including to the government or to other blocked persons “provided that such exports are licensed or otherwise authorized by the Department of Commerce”.

“While Treasury will continue to facilitate the export of humanitarian items and essential services … we will also use all the tools at our disposal to increase pressure on the Assad regime, and its supporters, as it continues a campaign of violence against the people of Syria including denying food supplies and other humanitarian aid to large portions of the countryside,” he said.

Food and medicine are being withheld from rebel areas near the capital in what one of Assad’s security officials called a campaign of “starvation until submission”, a Reuters investigation has shown.

“The cargoes they are buying are going into government-held areas, be it by sea or by land. The indications are the food is certainly for Assad areas,” another trade source said.

A spokesman for EU foreign policy chief Catherine Ashton said it was up to authorities in member states where banks controlling funds vital to the trade are located to authorize transactions.

“EU sanctions include an exemption permitting funds and economic resources being made available to a listed person or entity if this is for a humanitarian purpose, such as buying food,” he said.

The trades, involving brokers to set up the deals and shipping lines to deliver goods, are highly lucrative.

A cargo of 100,000 metric tons (110,231 tons) of wheat attracts at least a $3 million to $4 million mark-up, a Middle East-based trade source said. Sugar deliveries carry a 5 to 7 percent premium, also meaning millions of dollars in margins.

“It is no surprise that Assad’s allies and people are in on this and so many people along the supply chain involved can make money out of this – it is a once in a lifetime opportunity for many,” the Middle East trade source said.

Of Dead Reporters, Assad, and Pulitzer
The Brainless, the Brainy, and the Braves
Beware of the Assad “Extortion Component”
Syria News 1210 Syrian Revolution 1352