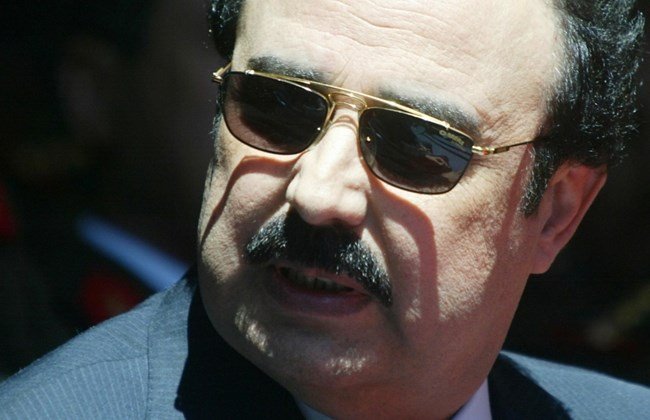 Reports have surfaced in Lebanon of the death of Rustum Ghazaleh, Assad’s chief of political security, after being beaten unconscious by a rival general, Rafiq Shehadeh, the director of military intelligence. Apparently, Ghazaleh never regained his consciousness. On behalf of all Syrians who suffered from his existence, we say burn in hell Rustum Ghazaleh.

In the gangster-like government of the Assad family, people die for the slightest infractions. In the case of Ghazaleh, his beating was prompted by a disagreement with Assad over the role of Hezbollah in the war and the role of Iran in Syria in general. Of the two pro and anti-Iran forged camps in the Assad regime, Ghazaleh belonged to the anti-Iran camp in the sense that he and others demanded less Iranian influence, not more.

This is not the first time we hear of his death. It could all be some kind of a ruse by the Assad regime to hide him from war crimes he has committed. Nonetheless, we want him to burn in hell.

Prior to his post as head of political intelligence, Ghazaleh was chief of the military intelligence, which played a key role in Lebanon during Syrian occupation. In that capacity, Ghazaleh, between 2002 and 2005, managed Lebanon for the Assad family. In 2005, at the height of the Iraq War, President Bush forced Assad out of Lebanon.

Assad believed the architect working behind the scenes to oust his family’s occupation of Lebanon was the prime minister Rafik Hariri. He ordered his assassination, which Ghazaleh, along with Hezbollah, engineered on February 14, 2005. Two months later, President Bush ordered Assad out of Lebanon under the threat of the use of force.

There is no doubt many in Lebanon today are bidding him goodbye with these words: Burn in hell Rustum Ghazaleh. Rustum Ghazaleh was a crude man and a peasant. He used force to bend everyone to his will. We will only know how much blood was on his hands once the Assad regime is removed from power and Syrian archives are inspected for history.

Meanwhile, many Syrians and Lebanese will sleep better tonight knowing that this man of violence is buried deep unable to harm anyone on behalf of his master Baschar al-Assad. May you burn in hell Rustum Ghazaleh.

Assad Gone, His Armies Will Protect Syria
Assad forces said to use poison gas in new Damascus attack
I get it now, Assad is protected to torture Israelis
Radicalism 567