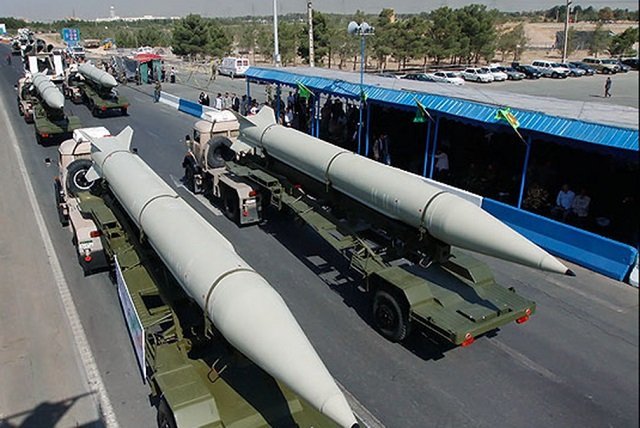 Did Iran Deploy Its Missiles in Syria?

Did Iran deploy its missiles in Syria?

A missile attack on a rebel-held neighborhood in the northern Syrian city of Aleppo on Tuesday killed at least 10 people and wounded many others, two activist groups said.

The Local Coordination Committees said the attack on the Maghayer neighborhood killed 10 people, including women and children.

Other activists on the ground claimed the missile killed 18 people and wounded more than 50. It said the surface-to-surface missile destroyed several houses in the area.

Did Iran deploy its missiles in Syria? The Assad regime preferred mass killing tool is the barrel bombs dropped from helicopters, which is leading us to asking the question. .

Both Fajr-7 and Zelzal are types of short-range missiles that Iran could have used to strike Aleppo. Fajr-7 is reportedly already deployed in southern Lebanon along the Israeli borders.

Aleppo, Syria’s largest city and once its commercial center, has been contested since July 2012.

It is also possible that Iran may be live testing some of its newer missiles for accuracy and damage assessment on the people of Aleppo. Iran, under the control of the Mullahs, bats no eyelashes when committing crimes against humanity.

Testing its own missiles on civilians is an insignificant matter to most of the violent men ruling Iran and with whom Barack Obama just partnered with.

Did Iran Deploy Its Missiles in Syria?