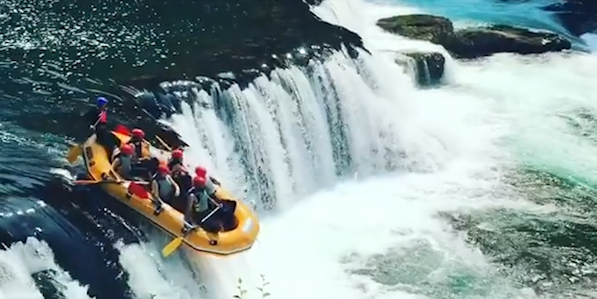 We are not experts on Iran. Most of what we know is the result of the historical friction between Syria and Iran. But when we really need to understand a certain matter related to Iran, we turn to Michael Ledeen’s page on PJ Media. You get the sense, after reading much, that you are rafting with guide Obama towards a vertical drop.

His latest article “The New Iranian Hostage Crisis” has such valuable information, it’s a must read. The article deals specifically with how the Obama Administration has begun negotiating with Iran before he even became President; all the death and destruction in Syria today are the results of this single obsession. Obama needs to negotiate with our enemies.

The Obama team began talking directly to the Iranians even before the 2008 elections — a campaign representative traveled to Iran to present the candidate’s hopes for improved relations — and the efforts continued throughout Obama’s first term.  The latest talks took place in Lausanne and Doha in the months prior to the 2012 elections and, as the New York Times reported, the two sides agreed to continue negotiating if the president were reelected.

The Obama talks are leading to appeasement, and even concessions with regard to Syria. As a result, Jihadists are growing in numbers, which seems not to disturb Obama at all. Even if he realizes his mistake today, it’s too late for Syria. However, given the latest Assad speech, it tells us Obama is as ignorant as he was back in 2008. The man learned nothing.

Do you get the sense that Obama is a weed-smoking guide rafter who tells you it’s safe to go down this part of the river; only to realize that a strange sound starts getting louder and louder. By the time you look at the guide with a puzzled face, you’re going vertical.

We feel the whole country is rafting with guide Obama and the sounds are beginning to make us all feel uncomfortable.