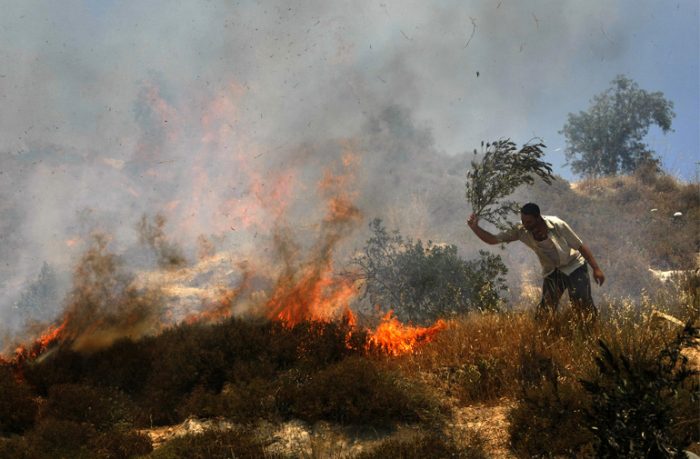 Are We Inventing Intelligence Now?

The article below, which appeared in the Financial Times of London under the title “Fears raised over Syria uranium stockpile“, maybe indicative of the times we live-in when stories are spun in order to control events somewhere else. Are we inventing intelligence now?

In this instance, the story is that Chemical Assad may be in possession of 50 tons of good quality Uranium; and that unnamed experts in the US fear that Iran may seize it from Assad. Are we inventing intelligence now?

Syria in possession of 50 tons of Uranium is news to us. We have never heard of this before although the article tries to tie the tonnage to al-Kibar nuclear plant Israel destroyed in 2007.

If President Obama wanted to justify negotiating with Iran, this kind of illogical leak may just buy him more time. We say illogical because we cannot imagine the Iranians seizing anything in Syria. It’s already theirs.

Besides, the sources cite the Marj al-Sultan orchard, which was cleared gradually as proof of burial for the Uranium. If we recall, Israel cleared orchards because Palestinians used to hide behind them to fire on Israelis. Could the same reason apply here? There is a civil war going on Syria if you have not noticed.

Every time the pressure notches upward on why Obama is abandoning Syria, somehow, somewhere, a new element appears in the media to justify his lack of action. Eventually, Obama is going to run out of excuses.

Nuclear experts in the US and Middle East have raised concerns about the security of up to 50 tonnes of unenriched uranium in Syria amid fears that civil war could put the stockpile at risk.

Since the start of the uprising against Bashar al-Assad two years ago, western governments have been heavily focused on the fate of Syria’s chemical weapons and worries that those stocks might be taken over by militant groups.

But government officials and nuclear experts have also expressed fears to the Financial Times about what may be a significant stockpile of uranium inside Syria.

Concerns go back to the Assad regime’s attempt to build a nuclear reactor at Al-Kibar in the east of the country. Syria, with assistance from North Korea, was thought to be close to completing the reactor when the facility was destroyed by Israeli jets in September 2007.

Very little is known about Syria’s nuclear programme and the country has always denied that it ever had one. Syria has also given very little information to the International Atomic Energy Agency, the nuclear watchdog, about its work.

However, intelligence officials and experts have long believed that the reactor was of a similar design to the one that North Korea has built at Yongbyon. Experts have concluded, from a comparison of the two reactors, that Al-Kibar would have needed about 50 tonnes of natural uranium fuel to become operational.

David Albright, the head of the US-based Institute for Science and International Security think-tank, and a leading expert on the Iranian nuclear programme, said there were legitimate concerns about a uranium stockpile in Syria.

“There are real worries about what has happened to the uranium that Syria was planning to put into the Al-Kibar reactor shortly before the reactor was destroyed in 2007,” he said. “There’s” no question that, as Syria gets engulfed in civil war, the whereabouts of this uranium is worrying governments. There is evidence to suggest this issue has been raised by one government directly with the IAEA.”

An IAEA inspection team visited the destroyed Al-Kibar site in May 2008 and only found traces of uranium. This merely added to the mystery of where the 50 tonnes of uranium, if it exists, might be. Such a stockpile would be enough, according to experts, to provide weapons grade fuel for five atomic devices.

Some government officials have raised concerns that Iran, which is closely allied to the Syrian regime and urgently needs uranium for its nuclear programme, might be trying to seize such a stockpile.

These officials’ fears have been triggered by signs of movement at what they allege is a secret uranium conversion facility that the Syrian regime built at the town of Marj al-Sultan near Damascus.

Three satellite pictures of the Marj al-Sultan site taken in October, November and December of 2012 and shown to the FT appear to show the gradual clearance of a large orchard there, for no apparent reason.

Whether the uranium is at the site is unclear, the officials conceded. But they said: “Syria is almost certainly in possession of good quality uranium of the type that Iran has been trying to acquire on the international market for years. It would certainly be possible to transfer this from Syria to Iran by air.”

Were that to happen — and Iran were to attempt to build another secret uranium plant — such a stockpile could be a “vital resource”, the officials argued, and possibly be used to build a bomb.

Other officials raised doubts over such a scenario involving Iran. Syria may have a stockpile of 50 tonnes of pure uranium, one European official said. But whether it is at serious risk of seizure by Iran is another matter, the official added. The IAEA declined to comment.

Mr Albright has acquired his own satellite pictures of the Marj al-Sultan site and said these showed that the Syrian authorities have built defensive trenches around the facility. The photographs also appeared to show evidence of damage normally associated with military attacks.

“You could draw the conclusion that there may be something at this site that the Syrian authorities are keen to defend from opposition forces,” Mr Albright said. “It would be interesting to know what it is.”

Mark Fitzpatrick of the International Institute for Strategic Studies think-tank said: “It has always been a mystery where the fuel was coming from for Al-Kibar. There is reason to believe there is uranium in Syria and that would be of value to Iran.”