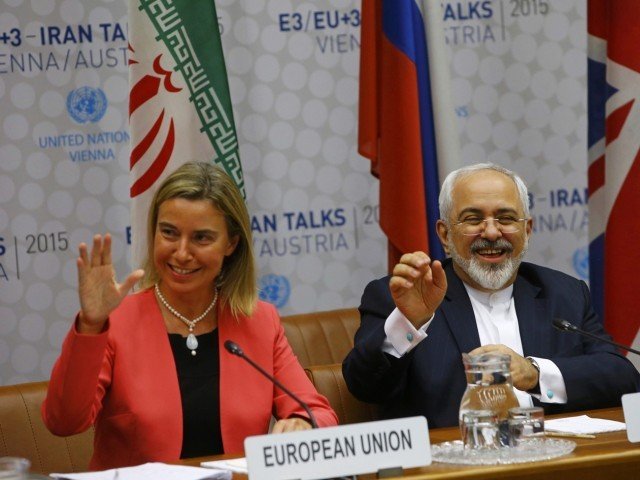 July 14, 2015 12:41 pm 0
Turkey’s Spymaster Plots Own Course on Syria
The “Fill the Blanks” President
Iran Is Intent on Making Syria its Graveyard

An exiled Iranian opposition group known for making revelations about Tehran’s nuclear drive in the past regretted Tuesday that Iran was allowed to continue enriching uranium under a historic deal.

Reached on day 18 of marathon talks between the 5+1 countries — the United States, Russia, France, Britain, China and Germany — and Iran, the deal aims at resolving a 13-year standoff over Tehran’s nuclear ambitions.

It puts strict limits on Iran’s nuclear activities for at least a decade and calls for stringent U.N. oversight, and in return Tehran will get much-needed sanctions relief.

Under the deal, Iran has also pledged, which is as worthless as an Iranian Rial is, to slash by around two-thirds its number of centrifuges, maintaining its ability to enrich uranium but just for peaceful purposes.

“Had the P5+1 been more decisive, the Iranian regime would have no way but to fully retreat and permanently give up its efforts to acquire the nuclear bomb,” said Maryam Rajavi, head of France-based National Council of Resistance of Iran (NCRI), an Iran exiles group.

“Specifically, it would have halted all uranium enrichment and shut down its bomb-making projects,” she said in a statement.

But Rajavi added that the deal “will inevitably aggravate the power struggle within the top leadership and upset the internal balance of power against the regime’s supreme leader.”

The leader of the Iran exiles also said world powers now had to work on stopping Iran’s “interferences” in the region.

The NCRI is a coalition of Iranian opposition groups that includes the better known People’s Mujahedeen Organization of Iran.

The factories of terror
Assad Had Nervous Breakdown, Iran Stopped Him From Quitting
Saudi spy chief says Riyadh to ‘shift away from U.S.’ over Syria, Iran
Iranian Terror 594 Western Appeasement 483