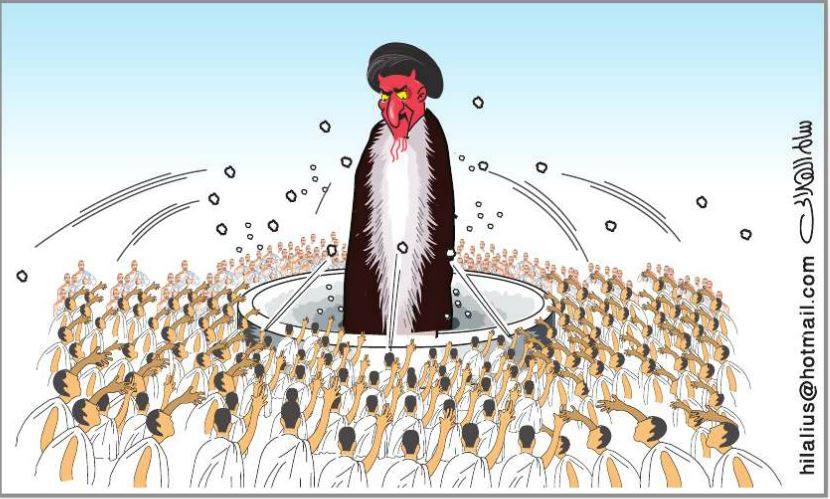 What the Devious Conniving Ayatollah Terrorists Are Up to Next in Syria?

Iran’s foreign minister held talks with officials in Syria on Monday as Syrian forces and their allies prepare for an assault on the last opposition stronghold in the country.What the devious conniving Ayatollah terrorists are up to next in Syria?

Three million civilians and 30,000 Islamist fighters of the ISIS and al-Qaeda varieties represent the Assad opposition; as well as Muslim Brotherhood fighters backed fully by Turkey and Qatar.

Iran has lent crucial military and economic support to Chemical Assad throughout the seven-year civil war. The looming battle in Idlib will be the center of the discussion. Assad, backed by Putin and Khamenei are preparing to commit another genocide in the province of Idlib.

With help from the devious conniving Ayatollah terrorists, Chemical Assad has vowed to defeat the opposition in its last refuge in the northwestern province if the rebels do not surrender to government rule. The last surrender saw many Syrians disappear in the Chemical Assad dungeons of death. The Syrian Government even admitted to killing people by torture in its own prisons.

Another Assad Genocide in the Making

U.N. officials believe an offensive on Idlib would trigger a wave of displacement that could uproot an estimated 800,000 people. It may also discourage refugees from returning home. Furthermore, an attack on Idlib might also cause another Syrian exodus towards Europe that is helping Putin’s EU supported nationalists parties rise in the polls.

Thousands of government troops and allied fighters have been massing in areas surrounding the province.

The leaders of Iran, Turkey, and Russia will meet in Iran this week to discuss Syria. All three countries play a major role in supporting terrorism in the Middle East.

What the Devious Conniving Ayatollah Terrorists Are Up to Next in Syria?