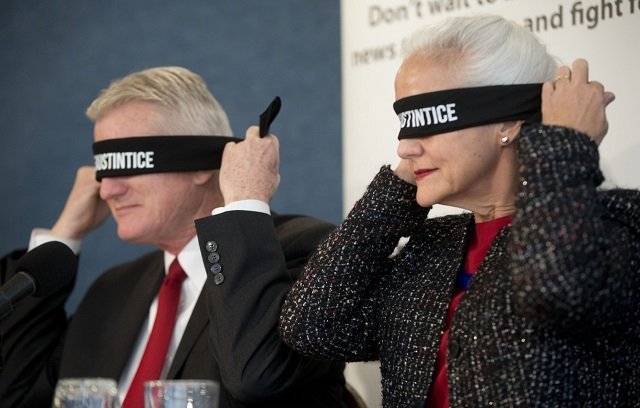 To Save Austin Tice

February 14, 2015 8:11 am 0
Unreformed Islam is Doomed
Assad Names Park After North Korea’s Leader
Last Straw to Save Assad is Gaza

The parents of the last American journalist in Syria, held by the Assad regime, have just launched a new campaign to pressure Barack Obama to bring their son back home through negotiations and diplomacy. Tice has been missing in Syria since August 2012. To save Austin Tice, we must act as Americans do.

To reach their goals, the Tice family is suggesting an open dialogue with the Syrian Government. Mark Tice, in a telephone interview, told the Washington Post, which is collaborating on the new Tice campaign along with Reporters Without Borders:

We think dialogue and collaboration, communication between these governments [U.S. and Syrian] could very well be useful.

In other words, Assad is demanding that the US normalizes relations with Damascus to free Austin Tice; and his parents, to save their son, support the normalization. Signing such a petition is de facto asking our president to fully surrender to Assad, Iran, and Hezbollah, the three terror stooges.

As much as we all want to save Austin Tice and see him back home safe with his family, surrendering to the enemy for one man is not exactly stellar diplomacy. Such a move on behalf of Obama would be judged in much harsher fashion than the Bergdahl trade. Furthermore, it is unrealistic of the Tice family to expect the United States of America to surrender to the Assad regime for their son.

THERE IS A WAY TO BRING AUSTIN HOME

This is not how one can saves Austin Tice.

To save Austin Tice, Barack Obama must wear the Ronald Reagan hubris and send the following message to the Assad regime:

Either you deliver Austin Tice in the next 48 hours, or I will begin striking all the centers of power of the Assad regime in Damascus. If Tice dies, so will Assad and all his family. I hold every Assad that walks the earth responsible for the safety of Austin Tice.

Such a message could be dispatched diplomatically through a variety of channels. This is how we can save Austin Tice. We save him when his life becomes as important as the lives of those holding him. We save him when our president acts as the man in charge of the greatest military power on earth, and not as some underdeveloped nation with cartoonist aircraft carriers.

The problem is that Barack Obama is not Ronald Reagan. Nobody takes Obama’s red lines seriously, which may jeopardize the life of Tice. However, only Obama knows how to fix this problem and the Tice dilemma may be an opportunity to fix it.

We all feel for the Tice family. We all want to see Austin back home safe with his loved ones. But such is not worth the price of the US normalizing relations with the murderous regime of Assad.

To Save Austin Tice