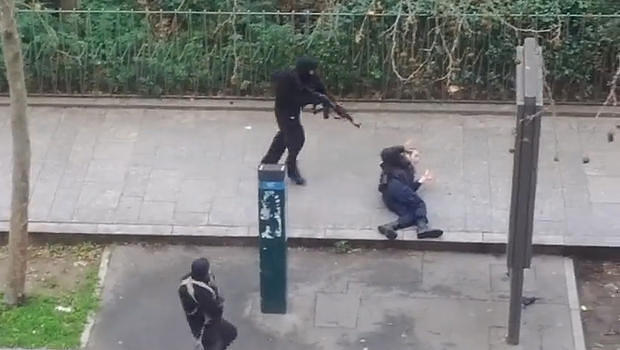 The guide to the extremist Muslim stupidity

In the 1.0 billion Sunni Muslim world, the absolute majority (Say 99.9%) are pious, devout Muslims who go about their business every day. Some may seek domestic Sharia (Within the confines of one’s home dealing with issues such as marriages, inheritances, etc…) and others who believe you do not have to adopt Sharia to be a good Muslim because Sharia is a defunct social function that modern times cannot coexist with it. This is TFS guide to the extremist Muslim stupidity.

Within the universe of the 0.01%, two groups are clashing. Those who want to enforce Sharia and have adopted the choice of extreme violence and terror, and those who have taken it upon themselves to fight back the extremists. Sometimes we refer to the latter vocal group as moderate Muslims (Yes, they do exist).

One of the reasons why Islam is clashing with its ‘One God’ ethnic peers is because of those differences in the social order of one’s lives. It is also clashing because many Muslims have chosen to live in the West to have a better life forgetting that they escaped Muslim lands in the first place because Islam could not accord them that better life. Our biggest curse is Islam imposing its beliefs on everyone.

The stupidest branch of Muslims is those exerting violence and terror. Let me elaborate with few examples.

In the terror tragedy of Charlie Hebdo, it seems that one of the terrorist left his ID behind in the abandoned getaway car (Glad he did). You have every right to laugh and cry your heart out. Those fools plotted to have a getaway car, but forgot to keep their ID’s at home when executing their act of terror.

Then they went to the wrong address first. You can laugh some more. You have every right. This is the guide to extremist Muslim stupidity.

But these examples dwarf in comparison to the extremist Muslim stupidity of ISIS/ISIL.

In 2011 and most of 2012, Syrians had a scenario where the West focused its attention on the atrocities of Assad and Iran and where the moderate Free Syrian Army was fighting back the Assad regime. Syrians exposed to the world how atrocious the Assad regime is and almost the entire western media production on the region focused on Assad the terrorist and exposed him naked.

Then Assad forged ISIS and fed it to grow as strong, something everyone seems to have forgotten because there were elements in the ISIS nucleus who wanted to invade Iraq and start their own Islamic State. The moment that happened, those extremist Muslims sucked the oxygen out of our battles against the evil of Assad and Khamenei. Islamic State is al-Qaeda on steroids. No Muslim I know and no decent Muslim country in the region would accept the notion of a Caliphate in the 21st. century.

Now all the media attention is on ISIS, and the public opinion has shifted so fast in favor of Assad if the alternative is an Islamic State. An Islamic State even trumped chemical weapons attacks.

For the West, the choice was clear: Can we live with a terrorist who kills his own people as compared to terrorists who kill everyone including us the infidels.

The extremist Muslim stupidity took over all the negative headlines so many Syrians sacrificed themselves to glue them on Assad and his thugs. As if this is not enough, then came the Paris terror attack that may yet seal the reputation of Islam among the majority in many countries.

The guide to the extremist Muslim stupidity