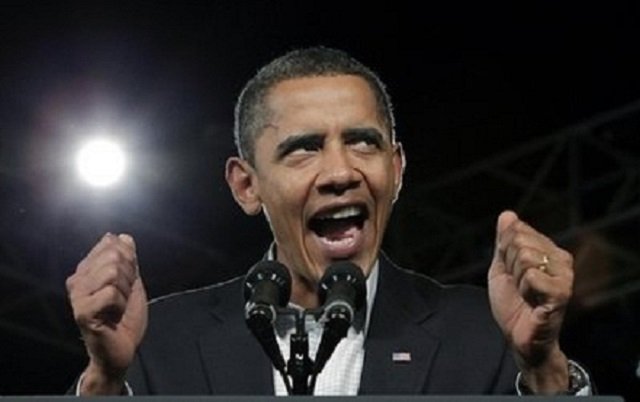 Obama Is Leaking False Intelligence in Support of Assad

In the latest saga of missteps Barack Obama keeps making, this one takes the cake. Obama is leaking false intelligence about Russian intentions with regard to Assad in order to appease the Syrian opposition he pretends to back.

Two Western intelligence sources told the Financial Times last week that Russia sent an envoy to Syria late last year to ask Baschar al-Assad to step down, raising questions about whether Moscow’s support for the embattled leader has dwindled over the past four months.

What is going on here? Why would Barack Obama leak false intelligence information just as when peace talks are about to start?

The same Business Insider article by Natasha Bertrand gives us a hint at the end:

Indeed, one of the opposition’s central demands — that peace negotiations address, first and foremost, Assad’s transition out of power — has reportedly been sidelined in favor of a joint Russian-Iranian plan. That proposal would establish a “national unity government,” the composition of which would be decided by Syrian voters in an election monitored by the UN.

US Secretary of State John Kerry has reportedly been pressuring the main opposition council, the Saudi-backed High Negotiating Committee, to accept this plan before attending Friday’s peace talks in Geneva.

In that sense, the US has aligned itself with Russia, to some extent — at the risk of alienating the rebels — in an effort to get everyone to the negotiating table. That risk could feasibly be alleviated, however, by hinting about Russia’s supposed flexibility on Assad’s future.

“I’ll believe it when I see it,” Zilberman, of the FDD [Boris Zilberman, a Russia expert at the Washington, DC-based think tank Foundation for Defense of Democracies], said. “Until then, it’s messaging.”

Using our intelligence services to leak false intelligence just to insure that Obama’s total submission to Russia and Iran goes undisturbed is both immoral and illegal.

Obama has turned our government into a carnival with its only aim is to support his twisted policies and treachery.

Obama Is Leaking False Intelligence in Support of Assad

Masochism for Tyrants, Sadism for Democrats
Who Wants Assad to Survive on His Watch?
Does Assad Really Think He is Going to Win the War?
Slippery Barack Obama 976 Syria News 1213 Weak Barack Obama 238 Western Appeasement 483