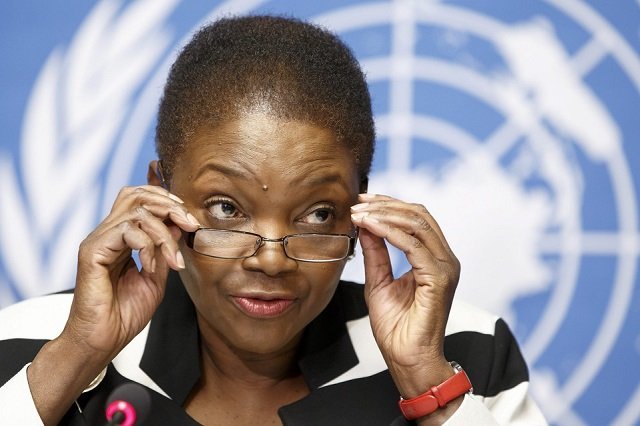 November 19, 2013 7:08 am 0
Hariri’s Trip to Syria is Ill-Advised
In Turkey, Fists Fly and Batons Swing
UN Horrified by Assad Barbarism

An exclusive and disturbing story by Colum Lynch in Foreign Policy entitled “Why Has the U.N. Given Assad a Free Pass on Mass Murder?” uncovers the cold reality behind the U.N. Office for the Coordination of Humanitarian Affairs (UNOCHA) responsible, according to their website, for “… bringing together humanitarian actors to ensure a coherent response to emergencies”.

Apparently, UNOCHA has been stroking the ego of Assad, while Syrians died from starvation, in the hope he permits the UN to do its work. How successful the senior management of UNOCHA has been in securing aid to the Syrian civilians besieged for months by the Assad regime? This is how Mr. Lynch describes UNOCHA’s performance:

“During the past year, the United Nations’ chief relief agency has routinely withheld from the public vital details of the Bashar al-Assad regime’s systematic campaign to block humanitarian assistance to Syrian civilians. This silence has infuriated human rights advocates, who believe that greater public exposure of Assad’s actions would increase political pressure on the Syrian government to allow the international community to help hundreds of thousands of ordinary Syrians who are trapped in the line of fire. Instead, the U.N. Office for the Coordination of Humanitarian Affairs (OCHA) — which oversees international relief efforts in Syria — has relied on low-key, behind-the-scenes diplomacy to quietly persuade the Syrian regime to open the aid floodgates. So far, critics say, the strategy has been ineffective. Worse, it provides a measure of political cover to the Assad regime as it carries out mass starvation and slaughter, these critics contend.”

As the story uncovers, the results are alarming considering it is a fact Assad has no intention of submitting to any UN dimwits demands. Did Ms. Amos forget that when Assad gassed the Ghouta region, on August 21, killing almost 1,500 civilians to include 426 children, the UN dimwits had a team of CW inspectors in Damascus? Does that say something about the respect Assad accords UN dimwits agencies in general or the agency that employs Ms. Amos specifically?

“For much of the past year, OCHA has studiously avoided opportunities to cast direct blame on the Syrian government for paralyzing the U.N. relief effort in rebel-controlled territory. Instead, the organization preferred to nudge Assad behind the scenes in the hope of widening access for relief workers.”

Amos ineptness and evasiveness are not enough to offend us, however. For some strange reason, Lynch chose to interview Joshua Landis, Assad’s par excellence propagandist parading as a legitimate Syrian expert. Landis’ wisdom? If you want to save Syrians, go through Assad. The same one that gassed his own people and is starving them with impunity. Landis must know there is no way Assad will survive, otherwise why empower him surreptitiously?

Is there another category we can classify propagandist of mass murderers under? It seems “hacks” and “lackeys” do not do us justice anymore. Too many Goebbels wannabes.

The world must call the UN dimwits over their incompetence, and more specifically call those in charge of that office by name.

In addition to Valerie Amos, the other senior manager is Kyung-wha Kang who took over her responsibilities in March of 2013. Not a good start we might add.

Appeasement, which is a preeminent UN dimwits culture, has trumped both managers concern over the starving of women and children and Assad snipers targeting pregnant women. This is inexcusable when you lead the office responsible for coordination of all humanitarian aid in every region of the world.

Furthermore, do UN dimwits senior staff go through some dehumanization training? For heaven’s sake, what Assad is doing to Syrian children and women should stoke some fierce reaction from Ms. Amos and Ms. Kang whose gender is under constant duress in the Muslim world. What happened to gender duplicity? What happened to women’s rights? Or is that just a form of exhibitionism, for some women, to spite men?

With such incompetence, can the UN dimwits sink any lower? Every time a story comes out of the UN’s New York or Geneva Offices, it seems the UN’s reputation goes from very bad to unbelievably worse. It has become a pit of ineptness and impuissance.

Thanks to Colum Lynch we must not let Ms. Amos sweep this good investigative story under the rug. If she believes in accountability, she would resign her office over these disclosures. Because she did not call attention to Assad’s atrocities with all the power of her office, many Syrians have died as a result of her lack of good judgment, which brings me to this question: Do you see in the future the UN deciding to clean house by forming its own UN International Court for the Dimwit Amongst Us?

Additionally, where is Ambassador Samantha Power? Why does she not take to the floor at the UN to floor Assad for starving women and children? This is the author of a book about the despicability of Genocides for crying out loud.

We think Marvel, the Superman and Batman creators, needs to invent two new characters based on real people working today at the UN, one with two mouths and one with a fig for a brain. We guarantee you, they will turn into sizzling successes.

Crossing the Bridge Between Profits and Blood
Syrian Activists Ask the U.N. to Return Sarin Gas to Assad
Stalin: Death is the Solution to all Problems
Western Appeasement 483