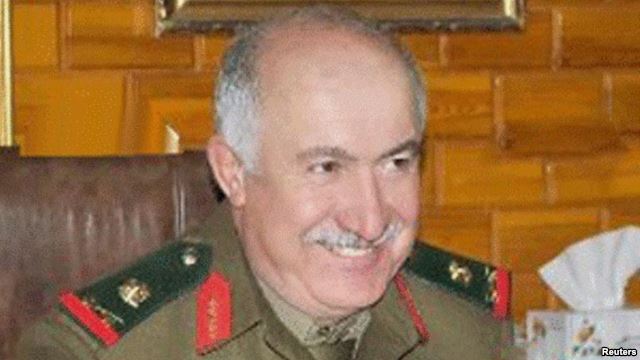 October 18, 2013 11:24 am 0
Removing Assad is the Best Way to Defeat ISIL in Syria
Obama biggest danger to America and her allies
Tit-less old cow and its excessive burden

Syrian air force jets bomb the eastern city of Deir al-Zor on Friday after heavy overnight clashes and the killing of one of Assad’s top military intelligence officers, activists said.

General Jama’a Jama’a was shot dead on Thursday by snipers in the midst of a battle with rebels including forces linked to al Qaeda, Activists told Reuters.

His death, celebrated by rebels and opposition activists, marked a significant setback for Assad’s bid to retain a hold over the city, capital of the eastern oil-producing province.

A death notice published on Facebook said Jama’a’s body was being flown back for burial on Friday in his home village of Zama in the mountains overlooking the Mediterranean Sea – the heartland of Assad’s Alawite sect.

Syria’s 2-1/2-year civil war began as a peaceful protest movement but has degenerated into a brutal civil war with sectarian dimensions. Syria’s Sunni Muslim majority has largely joined the uprising against four decades of Assad family rule. Minority sects such as the Alawites, an offshoot of Shi’ite Islam, have largely stood behind the president.

Jama’a, 59, had served as Syria’s top military intelligence officer in Lebanon until Damascus withdrew its forces from its smaller neighbor under intense international pressure in 2005.

The withdrawal followed the February 14, 2005 assassination of Lebanon’s former prime minister Rafik al-Hariri, a killing widely blamed at the time on Syria, and for which Jama’a himself was investigated.

Jama’a was then appointed chief of military intelligence in Deir al-Zor, a prominent and sensitive position because of the flow of Sunni militants across the border into Iraq where insurgents were fighting U.S. and Iraqi Shi’ite forces.

In August 2011, five months after protests first erupted against Assad, the European Union imposed sanctions on Jama’a for his role in “repression and violence against the civilian population”.

Activists say dozens of rebels and pro-Assad forces have been killed this week in heavy fighting around Deir al-Zor.

The activists reported clashes overnight in several districts of the city overnight and said rebels from the al Qaeda-linked Nusra Front executed 10 soldiers they captured in the Rashidiyah district, where Jama’a was killed on Thursday.

While rebels had made progress and launched an attack on the nearby military airport, they were unlikely to achieve a speedy victory in the strategic oil region which borders Iraq, the activists said.

Although much of the oil-producing province of Deir al-Zor is under rebel control, some tribes remain loyal to Assad and control of the city itself is shared between rebels and loyalists, he said.

Syria’s civil war has killed more than 100,000 people and divided the Middle East between Sunni Gulf states and Turkey which mostly support the rebels and Shi’ite Iran and Hezbollah which have backed Assad.

International efforts are growing to convene peace talks in Geneva next month, encouraged by rare agreement among global powers over the elimination of Syria’s chemical weapons after Sarin gas attacks near Damascus in August.

But the United States and Russia, responding to Syria’s announcement that the talks would go ahead in Geneva on November 23-24, said on Thursday that no date had yet been set.

The international envoy for Syria, Lakhdar Brahimi, is due to hold talks in the Middle East next week to try to prepare for the negotiations, his spokeswoman Khawla Mattar said.

Mattar said Brahimi would start his tour in Cairo on Saturday, meeting Egypt’s foreign minister. A visit to Tehran was still being discussed, she said.

Chemical weapons experts have so far visited around half the sites they are due to inspect in the early stages of their mission to oversee the elimination of an arsenal believed to contain 1,000 tons of chemical agents and precursors.

The Organisation for the Prohibition of Chemical Weapons said on Thursday it was confident that it would meet deadlines for the destruction of the chemical stockpiles, although it still faces major challenges.

At least one site linked to Syria’s chemical weapons program – near the northern town of Safira – is close to ongoing battles between rebels and Assad’s forces.

Malik Ellahi, special adviser to the OPCW’s director Ahmet Uzumcu, said discussions were being held to gain access to sites in sensitive locations.