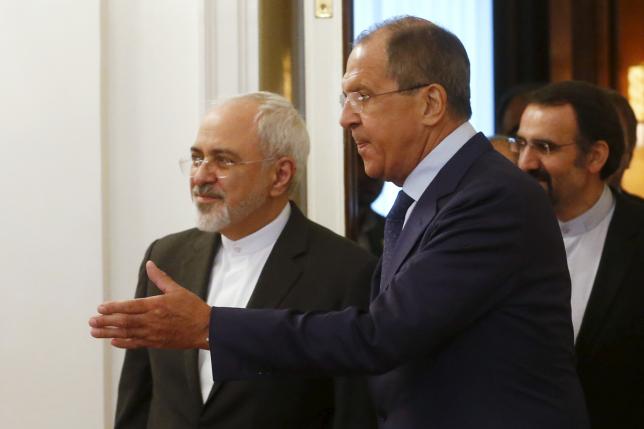 Russia, Iran Back Assad Despite Regime is Magnet for Terror

August 17, 2015 9:00 am 0
Syria to the US is what the Berlin Wall was to the Soviet Union
Christians Standing by Assad is like Muslims Standing by al-Qaeda
How Four Years of Civil War Has Destroyed Syria

Russia and Iran said on Monday that Syrian groups must decide the future of Bashar al-Assad, with Moscow opposing any pre-negotiated exit of the Syrian president as part of a peace deal.

In other words, both Russia and Iran back Assad despite how much his regime is a magnet to Islamic terror and sectarianism.

Speaking at a joint news conference, Russia’s Foreign Minister Sergei Lavrov and his Iranian counterpart, Mohammad Javad Zarif, reiterated their countries’ backing for Assad in the conflict, which has killed around a quarter of a million people since 2011.

The future of Assad remains a sticking point in diplomatic efforts by regional and global players to end the Syria crisis – one that talks in recent weeks between Russia, Saudi Arabia and the United States, among others, have failed to resolve.

Syrian opposition groups, Arab Gulf States and the West want Assad to go. Obama will got where Russia goes.

To reiterate how Russia and Iran back Assad, Lavrov said:

“If some of our partners believe that we should necessarily agree in advance that at the end of an interim period the president will leave his post – this position is not acceptable for Russia,”

He said the fate of Assad could only be agreed in talks between representatives of his government and their rivals, comments echoed by Zarif, who added that foreign states “should only facilitate that”.

For Russia and Iran to back Assad has its price. That price is being paid by the U.S., Saudi Arabia, and Israel not Iran and Russia who fear ISIS but believe also it helps Assad remain in power.

Thank Obama for putting America in such a difficult position where our enemies impose their will on the U.S.

Russia, a long-standing ally and arms supplier to Assad, says all sides must now join ranks to fight Islamic State, a militant Sunni group that has captured a vast territory in Syria and neighboring Iraq.

Moscow wants to host another round of talks between various Syrian opposition groups with an eye to eventually bringing them together with Damascus delegates for talks under the auspices of the United Nations.

But the United States, Saudi Arabia and their allies say Assad is part of the problem, not the solution, and is responsible for Islamic State’s terror.

Obama is conducting air strikes on Islamic State positions in Syria and Iraq and is unwilling to thwart Russia’s efforts, seeing them as being aimed at safeguarding Assad.

Russia, Iran Back Assad Despite Regime is Magnet for Terror