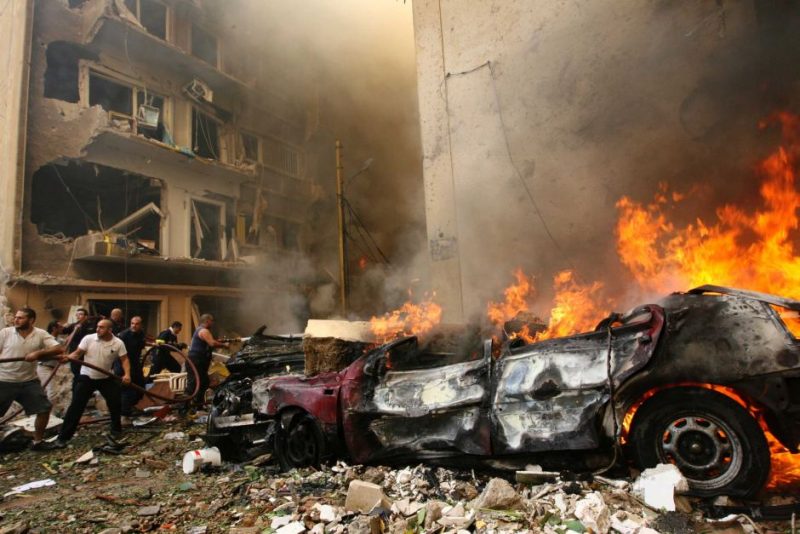 October 21, 2012 11:29 am 0
How Pro-Assad Agents Play Their Dirty Games
Gates and Panetta Critical of Obama on Syria
No Baschar Assad in the Future

In a region where extremism, be it secular like the one at full display by Assad or religious in full display by Hezbollah and al-Qaeda, the Christian communities are the ones suffering as much as the Syrian people are. Call it the double toll Christian bridge.

Witness the two bombs that exploded in Beirut yesterday and in Damascus today killing many innocent Syrians and Lebanese. Both exploded in Christian neighborhoods even though the bomb in Beirut was targeting a Sunni intelligence chief and the one in Bab Touma was targeting Assad’s men. In both cases, those who suffered the most were the innocents in the Christian communities in both countries.

We cannot imagine how these communities must feel today. But if we had to offer any condolences, we would say their fate and their state of mind is as much our responsibility as it is theirs. They are targeted constantly, yet we expect them to be silent and they are killed indiscriminately, yet we expect them to be neutral. Between Assad, Hezbollah, and al-Qaeda, theirs is a double toll bridge that tax them unfairly whether they are traveling north or south, west or east.

Syrians must be made aware of what it means to stand by the Christian communities in the Middle East and defend their rights for peaceful co-existence and stability. Their fate is tied to ours directly and the more their communities suffer, the closer we get to our own annihilation.