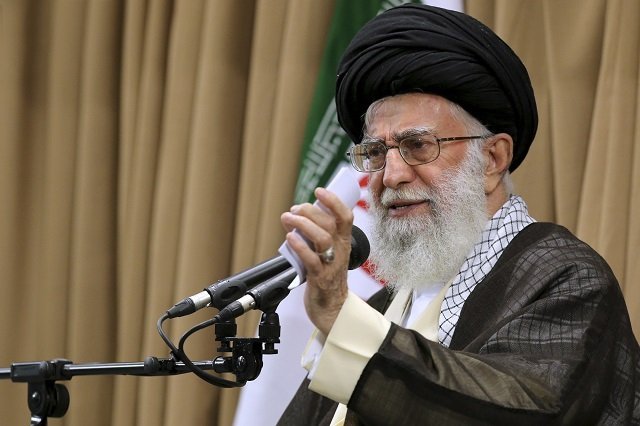 Hey Israel, Iran Is Waiting for Russia to Save Assad

Hey Israel, Iran is waiting for Russian President Vladimir Putin to save Assad before it goes back to Syria stronger than ever.

Today in Israel, there is a prevalent line of thought that Russia has replaced Iran in Syria, and that as long as the Russian view of Islamism mirrors the Israeli society view, Israel is safe from both ideologies of terror represented by an amalgamation of fanatic Sunni groups in Syria and the fanatic Shiite Mullahs in Tehran.

In effect, Israelis believe that Russia has come to the rescue in Syria when Barack Obama has deliberately fallen asleep at the helm a far as Israeli security is concerned.

Let us start with some perspective.

Iran views Russia liberating Syria from Sunni rebels the way it viewed America liberating Iraq from the Sunni Saddam Hussein. As it did in Iraq, Iran is sitting patiently on the sideline waiting for the carcass and whatever leftover meat represented by a weak Syria it can swallow whole. If Russia keeps the carcass to itself, Iran would not hesitate a minute to attack Russian troops in Syria the way it attacked American troops in Iraq.

From the Iranian ideological balcony, the West, be it the ‘Great Satan’ in Washington or the ‘Little Satan’ in Moscow, is one and the same. Iran is a Muslim country and Russia is a Christian one. Iran aiming to destroy Israel is directly related to this differentiation between Muslim and non-Muslim nations.

Those believing, thinking, or hoping Putin is the new permanent occupier of Syria, in lieu of Iran, better sharpen their knowledge about the new Iran in our midst. Iran is not about to trust Hezbollah to a Western country, no matter how friendly it is; or place its interests in Syria at the mercy of Russia. Likewise, Russia cannot play both Israel and Hezbollah simultaneously as long as Hezbollah seeks Israel’s destruction. Putin would have to choose who will be his true partner in the region. An Assad-like religious terrorist or an Israel fighting Islamic terror with all her might. The latter means Russia would have to weaken Hezbollah at some point.

The probability is high, on that score, that there was a tacit agreement between Putin and the Khameneist regime to let Tehran have its carcass conditional on a Russian minimalist military presence in the new air bases it built and in its naval forces stationed in Tartus if Assad is saved. In return, Iran pays fully for Russia’s incursion into Syria once Obama releases the billions due to Iran under the Obama’s Iran Deal.

The latter point is important for Putin because today’s Russia, which is selling oil at $50 a barrel, cannot afford a long protracted war in Syria. The breakeven oil price for Russia this past June 2015 was about $170 a barrel (Includes all costs and domestic budget requirements). This means Russia is losing daily $1.2 Billion (10 million barrels x $120) without its war expenditures in Syria.

Thanks to Saudi clever oil price manipulation, CBS Market Watch estimates that Russia’s sovereign wealth fund would be depleted totally come 2016. This is why Putin is urgently trying to win the war in Syria pronto to cash his chips from Iran. If so, there would be no reason for Iran to compensate the Russians without recovering the carcass of Syria.

Either Russia exits Syria with its pockets full, or it remains in Syria to face Iranian IED’s deployed by the Iranian proxy ISIS while it wrecks its economy. Russia’s choice, it seems to us, is clear.

Hey Israel, Iran is waiting for Russia to save Assad before it takes over Syria again. Trusting and cooperating with Putin, which indirectly empowers the psychopath Assad, is a grave mistake.

Hey Israel, Iran Is Waiting for Russia to Save Assad

Message to the CIA: When the Attack Dog is at Your Throat, Don’t Fiddle with his Cage Key
Act or Be Accountable
State Department Confirms Assad Fostered ISIL
Putin Terror 431