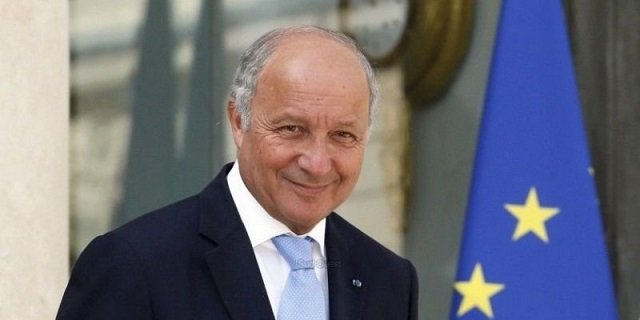 Assad Might Dispatch ISIS Terrorists to Act Against France

Syria’s Baschar al-Assad cannot play any role in a future political transition because it would not be credible to the Syrian people after so many deaths at the hands of his government, France’s foreign minister said on Saturday.

Some Western officials in recent weeks have suggested a role for the Syrian leader in a negotiated political solution to the crisis after more than four years of civil war that has killed some 240,000 people.

Because of France’s courageous and rightful position, Assad might dispatch ISIS terrorists to act against France. The same types he released from his prisons to help start ISIS in Syria.

Outlining Paris’ objectives for the U.N. General Assembly, Laurent Fabius, one of Assad’s staunchest critics, said that while demanding his immediate departure was not a precondition for talks, it was clear that the man behind 80 percent of deaths in Syria could not have a role in the future.

“There has been a lot of comment in the last few days on the role of Assad and whether he can or should be a stabilizing element in Syria. The truth is he is the main person guilty of the current chaos. If we were to say to the Syrians that the future of Syria lies in Assad, then we’ll expose ourselves to failure.”

The Syrian opposition believes only force against Assad can eradicate his violence. Diplomacy is unworkable with his regime.

U.S. Secretary of State John Kerry is trying to launch a new initiative for a political solution in Syria during meetings in New York this week, diplomats said. Very few expect him to succeed based on his past failures.

Fabius said that the talks this week would also seek to clarify Russia’s military build-up in Syria, adding that if it went beyond defending its interests in the country would complicate any political transition. Fabius understands more than anyone the real purpose for Russia’s invasion of Syria, which has nothing to do with defeating ISIS.

Fabius also said France would push in the coming days for a relaunch of the Middle East peace process between Israel and the Palestinians, warning that the status quo could benefit Islamic State militants.

Paris is trying to launch an international “contact group” at the United Nations that would comprise U.N. Security Council members, Arab states and the European Union with a view to reviving the peace process.

“France will not give up. It is not true that the status quo will hold,” he said. “If we wait while doing nothing then we are taking the risk of letting Daesh (Islamic State) claim the Palestinian cause as its own,” Fabius said, referring to the Arabic acronym for Islamic State.

Don’t be surprised if Assad might dispatch ISIS terrorists to act against France for its valiant position against his genocide in Syria.

Assad Might Dispatch ISIS Terrorists to Act Against France