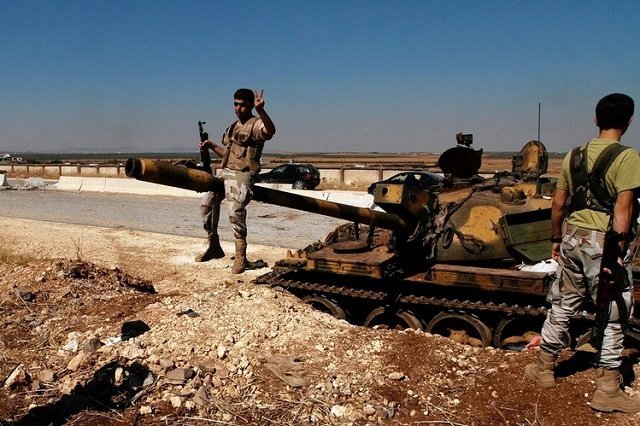 Deadly clashes have been reported between opposition fighters and troops for a second day in the coastal region.

Latakia is the ancestral home of the Assad family.

The offensive comes after loyalist forces made recent gains in the cities of Damascus, Homs and Aleppo.

Also on Tuesday, rebels claimed they had captured a key military airport near the border with Turkey.

Government forces had launched a number of offensives in recent weeks trying to break the rebel siege at Minnig Military Airport, located on the road between Aleppo and the Turkish city of Gaziantep.

The pro-opposition Syrian Observatory for Human Rights (SOHR) said rebels had captured the villages in Latakia after attacking government outposts with anti-tank missiles in the Jabal al-Akrad hills on Sunday.

The group said troops and rebels had been engaged in fierce fighting in the province for two days, adding that there had been casualties on both sides.

The region represents the political heartland of the Alawites, who make up about 10% of Syria’s Sunni-dominated population.

Despite pockets of resistance to President Assad in Latakia, most of it remains under army control.

The SOHR warned it was “practically impossible to avoid the conflict there from turning sectarian”.

More than 100,000 people have been killed in the 28-month conflict, with a further 1.7 million Syrians forced to seek shelter in neighbouring countries, according to UN estimates.