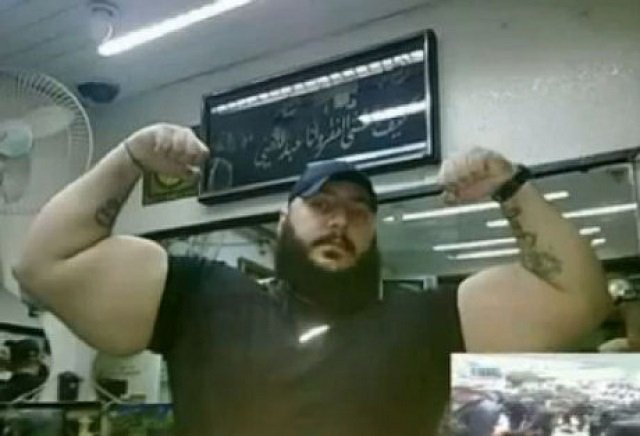 Waze is an amazing GPS navigational software that was started in Israel by Ehud Shabtai and which Google purchased in 2013. Simultaneously, in 2013, a Syrian Alawite Shabeeha named Kis Emmo started a similar GPS navigational software he named Waynak (Where are you?). Falafel sat with Kis Emmo to discuss how much better Waynak is to Waze. It was a historic interview Falafel called “Falafel interviews a Syrian Alawite competing with Israeli technology”.

Falafel: “Thank you Mr. Kis Emmo for coming today. Before we start the interview, I just wanted to speak about your competition a bit. Waze is a GPS software that combines the power of social media to help people travel safely by avoiding accidents, road constructions, disabled cars, potholes, etc… I spoke to the company leadership; they pride themselves on how they save lives.”

KE: “Waynak is also a GPS navigational software that combines the power of social media.”

Falafel: “Is its purpose to save lives as well?”

KE: “Waynak mostly finds and hunts down Sunni civilians to either kill, rape, or haul to specialized torture chambers. We pride ourselves also on our accuracy and selectivity.”

KE: “One function in Waynak, for example, identifies whether a Sunni girl has been already raped or not as we keep track of them. So, when you use Waynak, you can select in its “settings” whether you want a virgin or a whore. Neat, no?”

KE: “That’s not all. We also use social media to exchange rape information by “Liking” or “Not Liking” the experience. Our users love this function. We found out that it is all a matter of fear. The more the Sunni women fear us, the more “likable” the rape is.”

Falafel: “How many users do you have?”

KE: “We have right now about 75,000 users in the Sahel region, 65,000 Hezbollah users in Lebanon, and Iraq is growing rapidly. We hope to market Waynak in Russia soon. Many have asked for it. It seems most Russians don’t know what to do after few Vodkas. We direct them to where the Sunni women live.”

Falafel: “Other than raping women, what else does Waynak do?”

KE: “Lately, we have added functionalities to hunt down family members of all Free Syrian Army defectors by providing the addresses of their families. So, as you travel to Homs, for example, we give you directions where to stop to empty the magazine of your gun. Our users love this. Specially, when they get bored.”

Falafel: “Does it bother you that you are raping and killing innocent Syrians?”

Falafel: “Do you expect anyone to acquire your company soon as Google acquired Waze?”

KE: “Asma al-Assad has shown an interest. She wants us to add locations of all ultra-expensive shoe stores around the world though. The dumb bitch.”

Loading...
Newer Post
To Roll Back Saudi Intervention, Putin Orders Assad to Respect Ceasefire
Older Post
Hezbollah is Running Out of Commanders to Fight in Syria