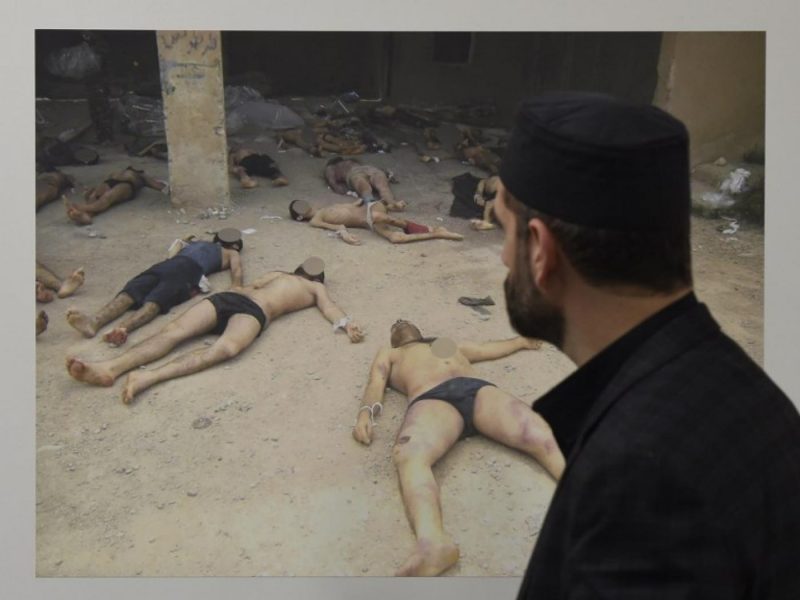 As Iran Toys with Obama, Assad Spreads His Terror

Today, the United States of America is leaderless; mainly due to the fact Iran is manipulating it so easily and so comfortably. But as Iran toys with Obama, the Syrian people continue to suffer the Assad terror.

President Obama believes he can negotiate with Iran a deal no one else can. Not ever since the Mullahs of Iran ascended to power in 1979. Or rather, not since the Iranian regime of terror kidnapped our diplomats. The Khomeini terrorist kept them in detention, as hostages, for 444 days.

The not so secret negotiations in question were leaked to the New York Times. Subsequently the Obama administration denied the holding the negotiations. Qatar, the location of where those negotiations were being held should be of interest to the Syrian opposition. It recently accused on al-Ghad TV the Qatari leadership of complicitly weakening the Free Syrian Army in favor of the Assad regime.

Today, the Financial Times of London published an article in which it discussed the repercussions of a terror attack in Beirut and attributing it to Assad of Syria. The venerable paper wrote:

Thousands followed an opposition call to rally in Beirut’s Martyr’s Square to mourn Wissam al-Hassan, a top security official who recently helped bring about the arrest of one of the Syrian regime’s most important allies in Lebanon.

Many in the Lebanese opposition see the hand of Damascus behind Friday’s car bomb that killed the intelligence chief – heightening tensions in a country already dangerously divided between supporters and opponents of the Assad regime in Syria.

But it also wrote the following paragraph:

The threat of contagion was further underlined on Sunday, when Jordan reported that it had foiled a plot by an al-Qaeda-linked cell to destabilise the country’s security by bombing shopping centres and assassinating western diplomats. Security forces said they had detained 11 suspects plotting to carry out attacks in Amman using smuggled weapons and explosives brought from Syria.“

As Iran toys with the one and only Obama, Assad and Iran spread their terror. To Turkey, Lebanon, and Jordan using proxies like al-Qaeda.

How did we vote for a President that talks and acts as if he is asleep at the helm?

As Iran Toys with Obama, Assad Spreads His Terror