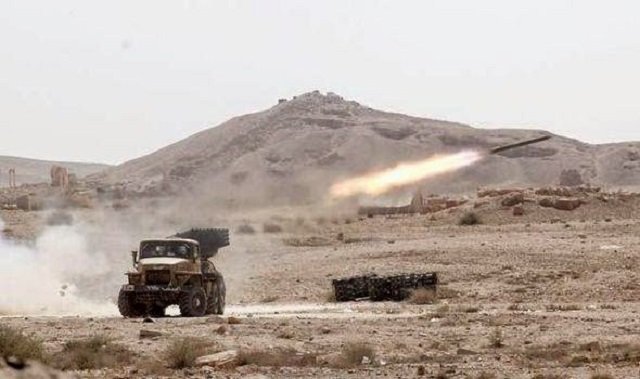 August 23, 2015 8:37 pm 2
Little Signs Assad Is Losing Even With Russian Help
How Long Before Assad Regains Control of Syria
Kurds Have Evidence When ISIS Strikes Assad is Behind it

The battle for the Kweiris Military Air Base and its adjoining academy looks more and more like the Kweiris Assad graveyard.

According to activists on the ground, no less than 113 government forces have died defending the Kweiris Assad graveyard and the adjoining Air Force Academy. It is estimated that the base is home to some 800 soldiers and military personnel manning both the base and its academy.

The Kweiris Military Air Base has been under siege for close to two years. On several occasions, the Assad regime dispatched reinforcements to break the siege and every attempt has failed as ISIS maintains a choke-hold around its perimeter.

Of the 113 deaths recorded so far, 40 of them are officers. The highest-ranking was a 3-star General named Abdullah al-Fadeel who died two days ago from a suicide car bomb planted in one of the air base supposedly secure cars.

According to the same activists, during the same period (Since August 9), roughly 64 ISIS fighters died, four of whom were on suicide missions. Eight of them were beheaded by the Assad soldiers defending the base.

The Kweiris Assad graveyard has been the subject of high tension among the Alawite minorities of Latakia and Tartus. There has been several street demonstrations in which marchers demanded the Assad government relieves their next of kin held-up in the Kweires Assad graveyard.

The Kweiris Assad graveyard has been used to barrel bomb innocent civilians in the city of Aleppo. You will not find one Aleppian objecting to this siege by fanatic Muslim terrorists against fanatic Assad terrorists.

May they both kill each other to give the moderates of Syria the chance to rise.