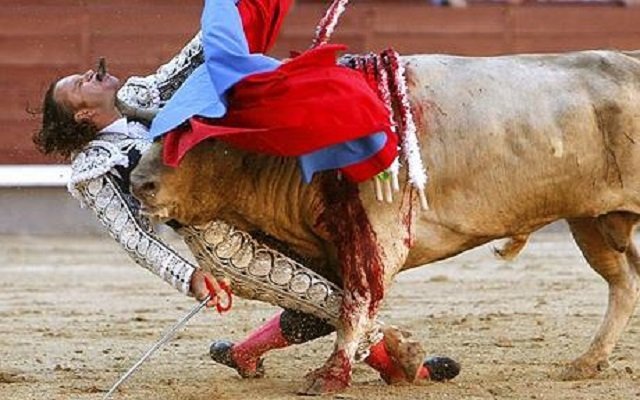 Tyrant appeasers hide behind fairy tales to justify their appeasement. The most common fallacy they adopt is “Tyrants will change their behavior if we relieve them of Western economic or political pressure”. Of course, this timeless excuse has never worked.

Here is a video @BanPourZan brought to our attention that clearly demonstrates what has happened to Cuban dissidents ever since Obama welcomed their tyranny with open arms.

Now multiply this by 20 for every Arab country Iran is bullying or will begin to bully as a result of Obama’s Iran deal.

On Sunday, the Assad regime bombed market in Douma that resulted in the killing of 100 civilians and the injury of some 300. Many of them are women and children. Did the Iran deal change Assad’s behavior? The Obama’s Iran deal legitimizes the Assad terror.

About ten days ago, the government in Kuwait seized a huge arms cache that Iran is stockpiling to stir sectarian troubles in a pro-US country. Did the Iran deal change Iranian behavior? The Obama’s Iran deal legitimizes Iranian terror against Kuwait.

Last week, Bahrain arrested five terrorist suspects all linked to Iran. Did Iran change its behavior since the Obama Iran deal has been agreed upon. The Obama’s Iran deal legitimizes Iranian terror against Bahrain.

These are the Iranian terror acts we know about. Those we do not know about are many times over.

Violent regimes like the ones in Syria and Iran understand but the language of force. We would like to see Barack Obama stop a raging bull in a bullring, which is what tyrants are, with mere words and smooth talk. This is by far a more trusted Litmus test that every American diplomat must try if he/she are of the same mind of Barack Obama and John Kerry.

Violent regimes are born in violence and will die in violence. There is no historical precedent anywhere around the world that men of violence were ever tamed by kindness by their enemies. Hitler comes to mind.

That said, the real reason Barack Obama is unleashing Iran unto the region is far more sinister than we can imagine. The angry man in him will be remembered one day as the worst eight-year history America faced next to its civil war.