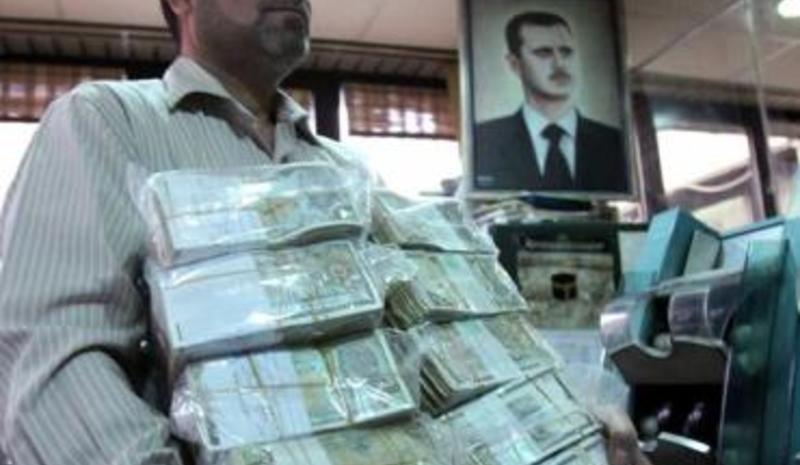 October 1, 2019 6:31 am 0
Tulsi Gabbard Cover Story Is Almost Comical
Assad is the President of This Syria
Trial of Torturer Anwar Ruslan Starts in Koblenz Germany

Recently, the Assad regime held a semi-public conference in which the Damascus Chamber of Commerce invited the most prominent Syrian businessmen. Its purpose is to show the regime is coming down hard on war profiteers. But its real purpose is Assad practicing left to right pocket tricks.

Present in this conference were few notables. Samer Foz and Mohammad Hamcho, both of whom the U.S. sanctioned, as well as Wasseem al-Katan and the Qatterji Brothers. Absent was Fadi al-Dibs many believe has already escaped the country and may be in hiding.

The infamous Rami Makhlouf was nowhere to be found. Stories surfaced in Syria recently of a clash between Assad and his maternal cousin Rami. At TFS, we believe it is a fake clash. Makhlouf is Assad’s front man and guardian of all the capital the Assads pilfered from the Syrian treasury over the years. Clashing with him is intended to appease Assad’s supporters suffering from the economic meltdown.

During this conference, Samer Foz donated $10m to the Syrian Government. The story is all over the Internet, which is meant to send some signals to someone. Since Foz plays the same role as Makhlouf, the donation is really an Assad donation. Assad is practicing left to right pocket tricks. But why? Why this publicity?

The Assad supporters suffering from the war are full of anger. They see in Foz, Hamsho, and others profiting from the war at their expense. By staging a donation, Assad hopes to appease that anger by showing he is coming down hard on corruption.

Few know it is really his money, but it matters little. What matters is the perception that Assad is filling the Syrian treasury with money that may be a relief to his supporters.

In 4 years, between 2011-2014, Syria’s real GDP contracted by 54%. Between 2015-2016, the contraction accelerated at a decreasing rate with another 10% decline. Those happened in sectors that are essential to the Syrian economy such as mining, manufacturing, finance and insurance, as well as agriculture.

The impact has been devastating. The Syrian Lira lost 90% of its value vs. the dollar and inflation soared to 500% between 2011-2016. An average Syrian citizen felt the war in their pockets even if the fighting was quite a distance away.

It is also possible that Assad has been less forthcoming in stepping-up directly and secretly with his own fortune to appease Russia and Iran. Because of their military and economic aid, it was bound to eventually break their patience if Assad kept his fortune to himself. Both countries are suffering economically as well. Russia because oil prices are down and its economy has to face US sanctions, and Iran for the same reasons at a far steeper level of sanctions.

We doubt very much the sanction hard-hit Iran delivering oil and materials to Assad by the tons to accept anything less than the hundreds of millions only Assad personally can deliver.

Having said that, Assad may very well have secretly taken a big chunk of his cash to fund his own war to calm the tensions with Russia and Iran. And the purpose of this cheapskate conference, after all, may very well have been only to assuage his supporters.