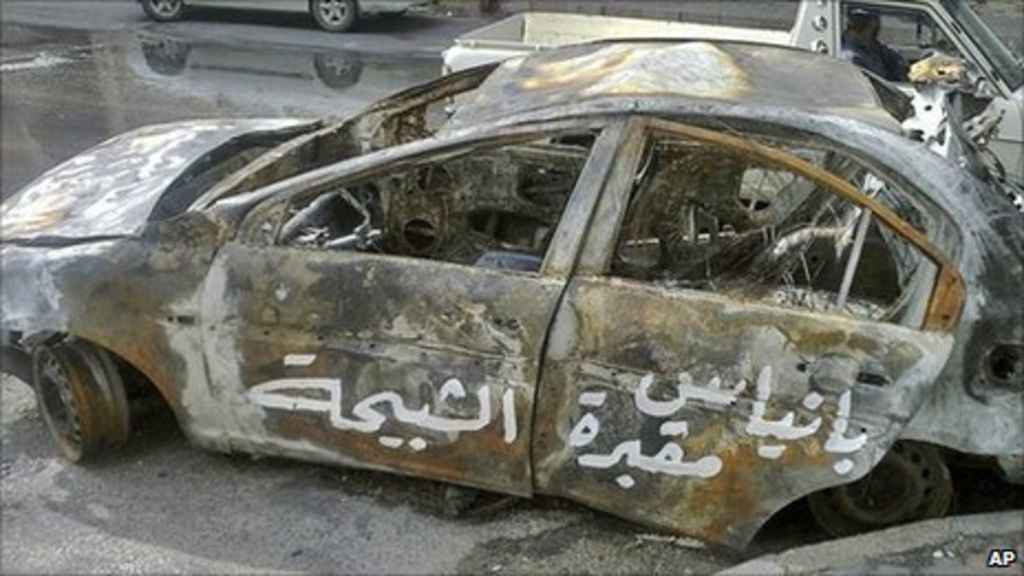 October 16, 2012 12:46 pm 0
The real butcher of Sabra and Shatila is Assad
Falling on Deaf Ears
Iran is leading Obama by his nose

Yesterday, a group of intellectual Alawites issued a statement condemning Assad and in particular the Shabeeha units that destroyed the beautiful town of Qudsaya. In it, they attack Assad and his father personally for destroying Lebanon during its occupation by the Assad regime and for destroying the very fabric of Syria today.

In one sentence, the intellectuals declare (Crude Google translation):

“Oh Shabeeha of Qudsaya and Syria, you have proven and then proven again that man could abandon his humanity, and his mind, and imprison himself in illusion and leave himself free rein to coexist with the myth of “the other who wants to slaughter us and kill us and force us to migrate”, which is enough in your opinion to become monsters, you became the other monster who kills and burns and loots, and then celebrates a victory over the enemy, but you put the last nail in your own coffin, and triumphed against your own brothers and what a loss this is because you are the ones who lost everything.”

Many Syrians, to include TFS, salute these intellectuals. They have shown that Syrians can all co-exist together and can fight evil together. We are honored to name them one at a time and will be even more honored if we can meet them one day (we met Sondos Suleiman before).  They are: